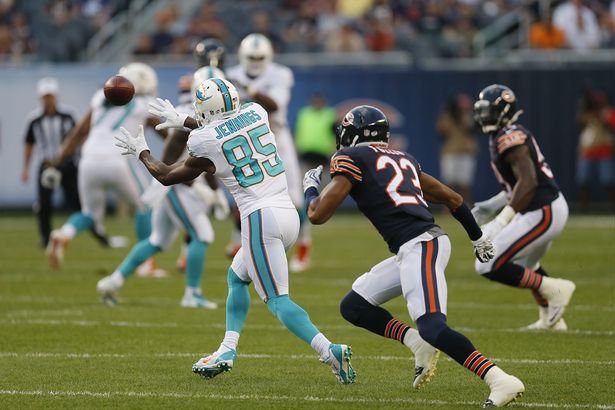 The Miami Dolphins cut veteran receiver, Greg Jennings. Jennings said that Tannehill just wasn’t the caliber QB he was used to playing with and found it difficult to get on the same page. With only 19 rec for 208 yards, Jennings was not fond of the Miami QB. “I guess what I’m saying is he’s far from elite. I’m being honest.  None of us know. It’s like he’s been handcuffed. I’ve played with Brett Farve, I’ve played with Aaron Rodgers. I’ve played with great quarterbacks. So you can sense, you can quickly tell if one has it or not.” Jennings said in an interview with ESPN. Jennings age of 32 has some setbacks, but his veteran skills will make him a bargain. I just, do not think there will be teams chomping at the bit to sign him.