Bucs Report
Home Around The NFL Ever wondered how draft picks get personalized team jerseys so fast? 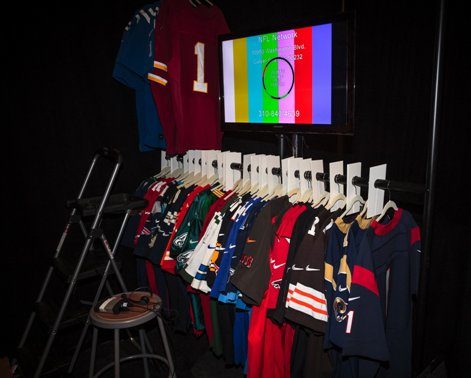 Well, they have a jersey pressing team backstage. The jersey pressing crew was assembled back in 2012, as Nike decided to customize jerseys with the name of the player added to his respected team’s jersey. The jersey team works vigorously, in a small room outfitted with a thermal press alongside an NFL official to make certain that the draft pick’s magical moment is much more personal. The company is Stahls and they do a lot of sports related apparel.

When a pick comes in from a team, they are quickly relayed from the official to the jersey press, and they match the athlete, with a pre-designed template of the player’s name. Then they use the thermal presser to insert the name on to a pre-designed team jersey. Then it gets handed off to be presented by the NFL commissioner to the selected player.

The allotted time, in which they have to do this, is so tight, they have zero room for error. There is only about a minute maybe two, between the selection and the onstage presentation. They must have the right name with the right team pressed, and on its way in that time frame. A solid team of professionals, working backstage, cover all angles so no matter the team, or the player, or any other mishap, it can be covered in a seconds notice.