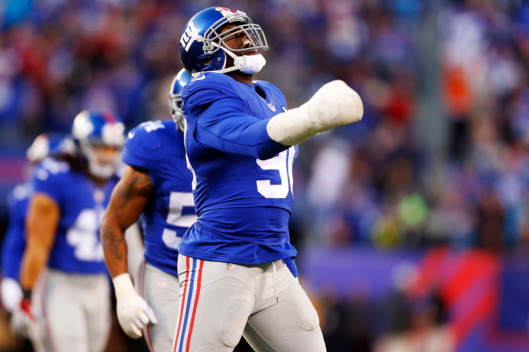 During a July 4th, 2015 celebration, Jason Pierre-Paul had an accident that led to one of the fingers on his right hand needing to be amputated. ESPN writer/ analyst Adam Schefter tweeted a picture of Pierre-Paul’s hospital chart, which gave details into what the NFL player had to go through. The player is claiming that not only did this infringe upon his privacy but it violated the medical privacy statute in Florida.

Pierre-Paul is demanding to know where Schefter got the image and suggests, with the advice of his legal team, that it was done illegally. Pierre-Paul believes that it is within his rights to entertain the idea that possibly Schefter or someone within the ESPN staff may have paid off one or more hospital staff members in order to get a photo that was otherwise held back from any public view.

In addition to the accusations, the NFL player and his legal team are putting Schefter’s judgement to post the chart rather than reporting the injury, and it’s status into question. Court papers made 100% clear, Jason Pierre-Paul’s thinking by calling out ESPN’s legal team for being the same firm that represented Gawker in the legal battle over posting Hulk Hogan’s sex tape. Hogan denied having any knowledge of being filmed and walked away with an astronomical payout over that ordeal. There is no denying the purpose of pointing that case out.

ESPN will not back down as their legal counsel is trying to get the case thrown out of the Florida court system, but as of now the hearing is set for later this month. ESPN is citing the First Amendment on this situation and points out that Florida’s medical privacy issues only focus on health care providers and not any third party that comes by medical information.

If Pierre-Paul wins his case it would be ground-breaking towards determining what is and is not proper in reporting.