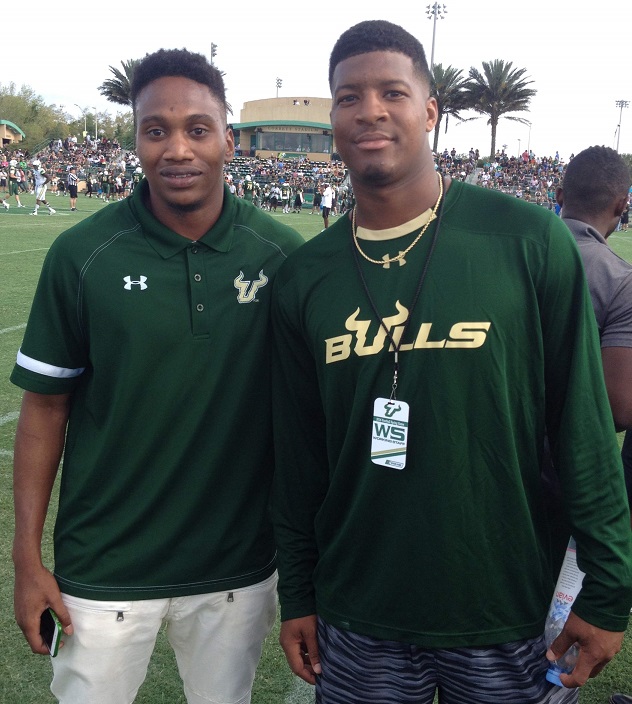 Less than two weeks after being released, Tampa has re-signed USF’s all-time receiving leader. He was on the practice squad twice last year and was signed to a contract back in January. Davis performed well at minicamp this weekend, and will have his work cut out for him, in making the final roster, but with his talent, he should be able to avoid being cut in September. The former USF star has a new number as his old number is now being worn by our new kicker, Robert Aguayo.

If he makes the 53 man roster, the former Jefferson Dragon will join another Hillsborough County representative, Vernon Hargreaves, a pair of hometown heroes.