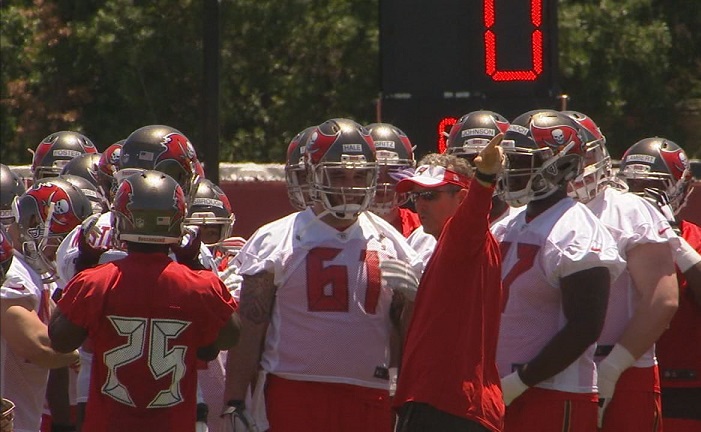 There is so much talent at One Buc place, but unfortunately, the Buccaneers can only keep 90 players. Dirk Koetter has some difficult choices to make in the very near future. Although, when having such talent available, you would like to keep them all.”Unfortunately, we only have 90 spots,” the head coach said,”We’re going to let some good football players go that we would love to keep around here.”

As the drafted and free agents rookies begin camp, there is an instant noticeability between the speed of college football and the speed of the NFL. Players are faster, and players are bigger, and the players learn quicker as well.

Cornerback Ryan Smith, who was taken by Tampa in the fourth round, admits that the transitioning to the NFL, in its early stages, is pretty difficult and to me that’s understandable. “Going from the classroom and executing on the field is really the hardest part right now. It’s a lot. You really have to pay attention and be attuned. You can’t miss a thing or you are really going to be lost out there.”

With all the rookie talent floating around One Buc place, it will be difficult for the HC to decide, who stays and who goes. Fans see this as a great situation to be in and of course, in a way it is. But for those whose only shot at the NFL is at One Buc, see it as a lifeline they cannot let go.

When it’s all said and done, there can be only 53 players on the roster, but I am more than certain that we will keep the very best.