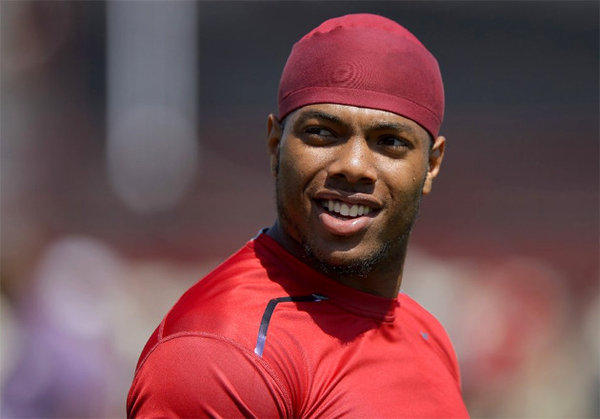 T.J. McDonald was arrested for suspicion of driving while under the influence, Tuesday morning when he allegedly hit a parked car. He was picked stopped by police shortly after the collision, there were no reports of injuries, but officers determined that he was under the influence of a substance that was not alcohol.

McDonald was booked into an L.A. County Jail around 3.30 pm and released three hours later, following a $300.00 bond posting. The Rams stated that they are aware of the incident, but refrained from any further comments due to the need for gathering more information. The Rams safety will have to appear in front of a judge on the 3rd of June.

The arrest is the second for the Rams, as running back Tre Mason was arrested Florida back in March. Mason’s was arrested for resisting arrest, reckless driving, and possession of marijuana. He was also tasered in that incident.

Both players could be suspended by the NFL for their arrests as both involve substances that are deemed illegal by the NFL.