Bucs Report
Home Players And Rumors Jameis begins NFL career with a pick six, but that day his... 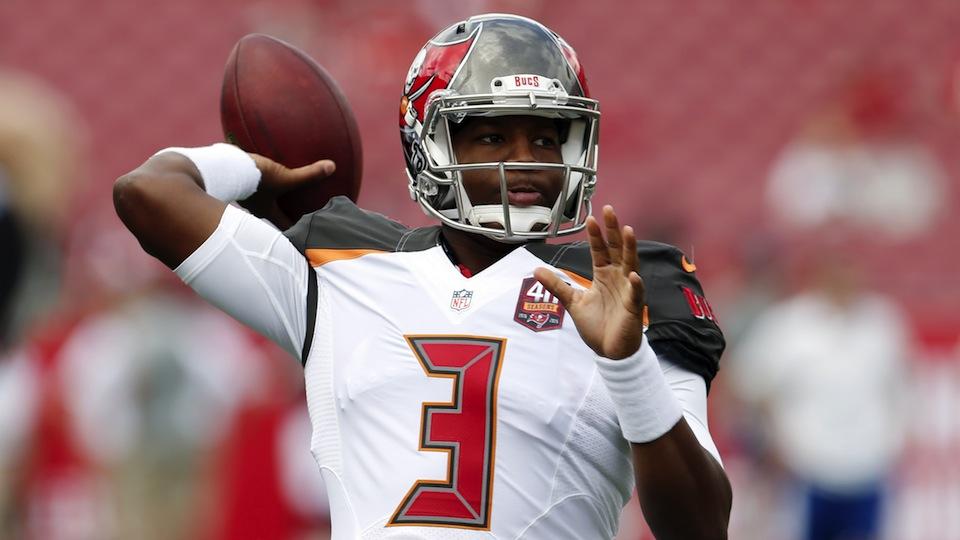 As we all know, Jameis Winston’s first career pass was a pick six, and based off the highlights of that play, it seems Jameis just threw a horrible pass: it was too high and it was unreachable. But what no one mentions is the fact that Adam Humphries ran the wrong route entirely. So he should share some of the blame shouldn’t he? Well, don’t be so quick to judge. Humphries of course, knew he ran the wrong route because as Jameis walked over to the sidelines, the WR was sitting there with his head in his hands looking at Jameis with the most apologetic of faces. Jameis showed his leadership skills that very day, at that very moment, as he smiled at Humphries and said, “Don’t worry about it baby, we got ten more years of this. I’m not going to be upset. Don’t be upset. We’re going to do this for a long time.”

It just goes to show you that Tampa had the perfect pick when selecting Jameis number one overall, instead of Marcus Mariota. You just don’t find that kind of veteran leadership and poise that often. Especially in a rookie who just threw his first NFL career pass, only to have it picked off and returned for a touchdown.