Bucs Report
Home Around The NFL Nick Foles stopped showing up for practice.

Nick Foles normally made it to every practice before the NFL draft, then the Rams selected Jared Goff number one overall. Foles has not gone to any practices since and is refusing to workout with the team. Foles believes he should be the starter but with Goff in the picture, Foles knows there is no way that will happen. However, Foles was handed a $6 million roster bonus and is guaranteed to make $1.75 million whether he plays or not. But in the meantime, it seems that Foles will be a no-show at voluntary workouts and the team may not see him again until Camp begins on July 31. 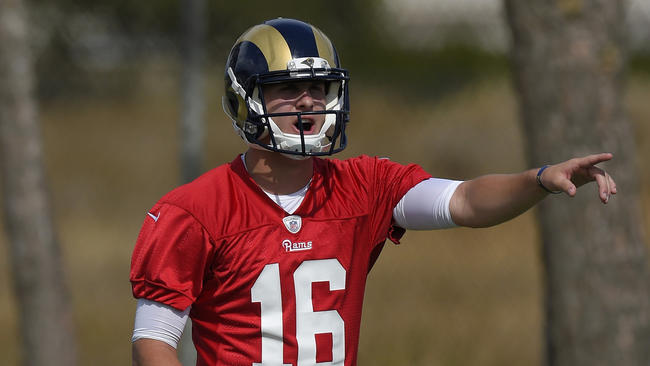 Bucs Report Staff - October 1, 2022
0
The Tampa Bay Buccaneers are elevating wide receiver Cole Beasley from the practice squad per Greg Auman of The Athletic..Beasley had three receptions for...

Jeremy Morrow - October 1, 2022
0
In a rematch of Super Bowl LV the Tampa Bay Buccaneers will take on the Chiefs in Tampa. This game that looks to lift...