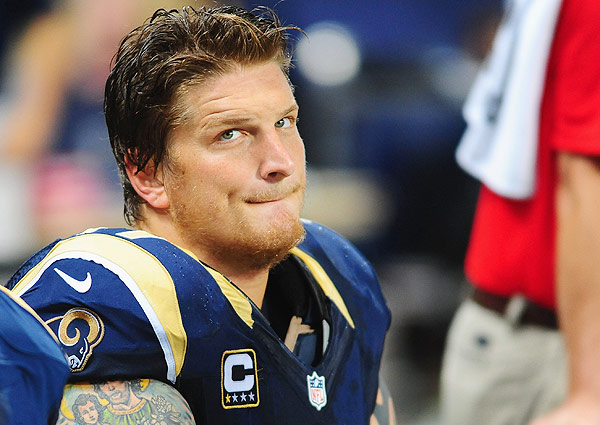 Formerly a No.1 overall selection, Jake Long is currently healthy looking for a new place to play. The former Miami Dolphin/ Ram/ Falcon/ four-time Probowl selectee believes he has finally come back from the ACL tears in his right knee.“I’m finally healthy, this is the healthiest and best I’ve felt in probably about five, six years. My knee’s back. I’ve just been working out, feeling good and ready for the opportunity when it comes along.”Jake Long has not started a game since late 2014

Jake Long has not started in a game since late 2014 and he joins recently released tackle, Eugene Monroe as some of the best available free agent offensive lineman out there. The Bears recently looked brought Long in for a workout, and it seems that maybe the Giants will also give the big man a look. Long didn’t snag a job from the Bears, maybe because of his past injuries causing some concern, but Long says he is ready and feels back to normal..”I feel the strength back. You can see it. You can feel it. My body feels good the way I’m moving, working out and how good I feel moving on it.”

Players have come back from longtime injuries such as Long’s and have had outstanding careers, but will Long’s resurrection take that same positive turn? And is anyone willing to risk giving him the chance to do so?