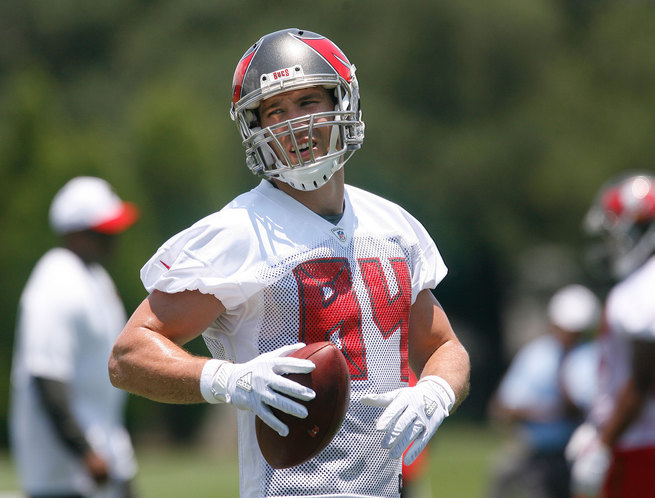 Tampa recently released their first depth chart of the season. Although it is temporary, it does give some insight into how the competition at One Buc is going. Brate moved up to the number one TE spot, ASJ is demoted, and Adam Humphries currently takes the number three WR spot. (That places him directly behind Vincent Jackson). Johnthan Banks was also demoted in the cornerback ranks, from fourth to fighting for fifth and sixth, possibly even a spot on the 53 man roster. Even though these moves have been made, it’s only temporary and is subject to change anytime. Players are battling their hearts out and with all the talent on this team, the roster depth chart is likely to change a few more times prior to the final 53 man cut.

However, if anything stands out right now, it’s the move of Brate to number one above ASJ. Brate came in for the injured ASJ and showed that he had the talent to be a starting TE in this league, and even with ASJ’s return last season, Brate still saw playing time. It’s was only a matter of time before Brate was promoted, or retain the spot, however, you may see it. High expectations were, once again, set on the extremely athletic ASJ, and once again it seems he has not lived up to those expectations. Head coach Dirk Koetter assured everybody that he is not playing mind games with the players, and would absolutely not bull shit any of them. So the move to promote Brate, should not be looked at as a calculated move by Koetter to motivate ASJ into playing better.

Johnthan Banks has had nothing but trouble since Greg Schiano was fired all those years ago, at least it seems like forever ago. There had been excuses tossed around that it was coaching issues that led to Banks shortcomings. However, if you watch tape on Banks, it’s only himself he has to blame, no one else. I like Johnthan Banks, much as I liked Leonard Johnson, but it looks as if Banks may follow the same path that Johnson had taken, and that’s deterioration of his playing level resulting in being cut. 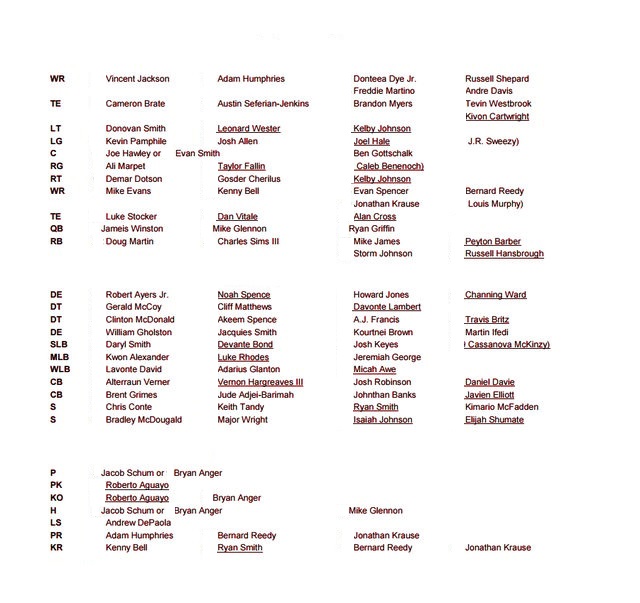