Bucs Report
Home Around The NFL Terrell Suggs returns to practice for the Ravens. 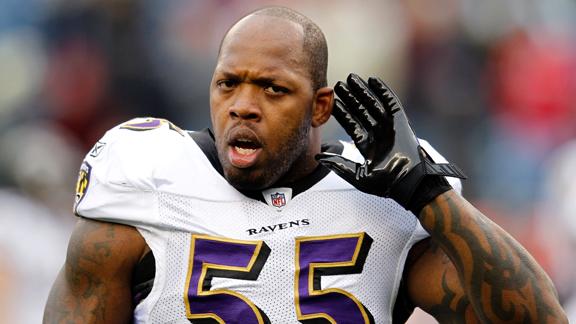 Terrell Suggs has returned to action for the first time since tearing his Achilles in the first week of last season.  Suggs said at the beginning of training camp that he was ready to return, however, he remained on the PUP list. Since he has begged for HC John Harbough to allow him to return. Monday, he was activated from the PUP list. The Ravens will likely take it slow with Suggs there for he may not see any preseason game action. If Suggs see any preseason action, it will likely be in small increments.