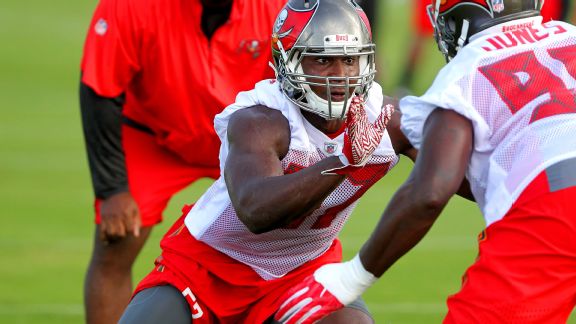 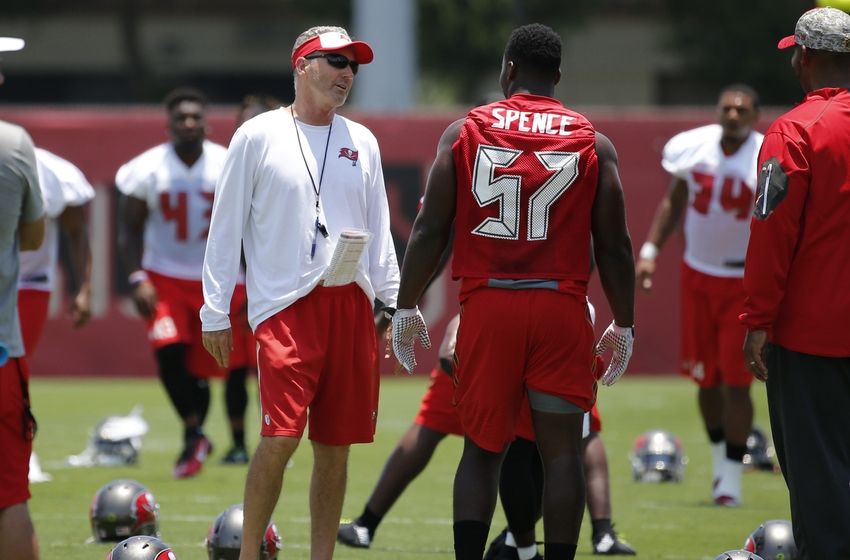 Noah Spence has been the talk of the town since the very moment he was selected in the 2016 draft. Everyone was aware of just how talented Spence was in college, however, his talent was never a question. The big question was; Will he be able to stay out of trouble? At this point, it almost seems like beating a dead horse, so to speak, even mentioning his college issues, as the past is the past, and the young man seems to have moved on and is only focusing on football. From the praise he’s received in camp this offseason from his fellow teammates and coaches to his play on the football field during the first preseason game, Noah Spence is beginning to draw the eye of the NFL. Bucky Brooks hopped on the Spence train recently, and also seemed thoroughly impressed by the young man’s talents, and believes that as he continues to grow he could turn out to be a 10 or more sack kind of guy.

“The energetic edge rusher didn’t register a sack, but the second-round pick played a key role on a defensive line that registered four sacks against Philadelphia on Thursday. As part of the Buccaneers’ first-string nickel package, Spence exhibited outstanding first-step quickness and burst while hounding the quarterback off the edge. Most impressively, he displayed the agility and hand skills to win at the line and create the kind of disruption that could make him a 10-plus sack guy down the road.” – Bucky Brooks