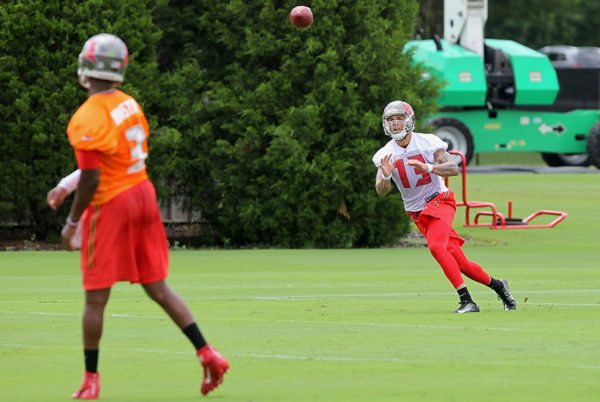 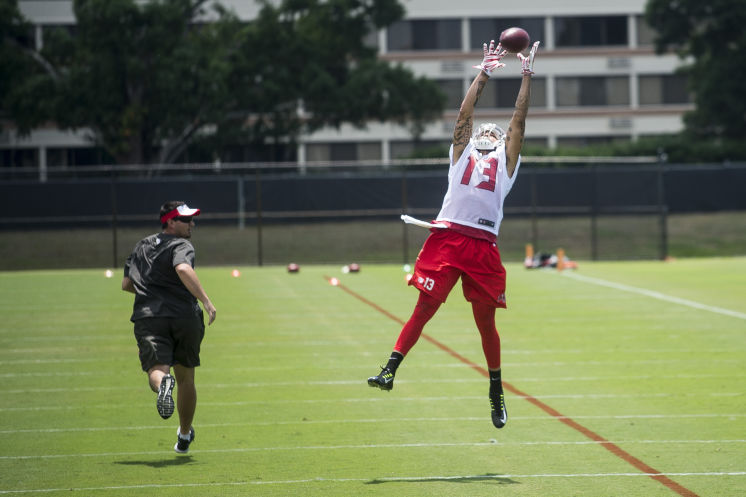 If they both remain healthy, the phrase Winston to Evans could catch on around the league.
We all know by now that Jameis Winston threw for 4,042 yards, along with 22 TDS and 15 INTs to have the third best rookie season in NFL history.
Winston’s only completed 58.3% of his passes and had a QB rating of 84.2.
We also know Mike Evans had hamstring issues that kept him out of the preseason last year. In fact, he missed the first regular season game altogether and was only involved with 39 snaps in the second game.
He still managed solid numbers with 74 catches for 1,204 yards with 3 TDs while still hampered by the hamstring issues well into the season.
They finally started clicking in week 7 against the Redskins, though blew a lead and eventually lost the game. Both players, however, had solid games and started to click.
They have been hanging out on and off the field and are developing the kind of relationship that a top QB/WR usually have. Evans said it’s difficult at times when he visits his child in Texas.
Evans says Winston has that snap and clear mentality, onto the next play.
Winston says with Evans size