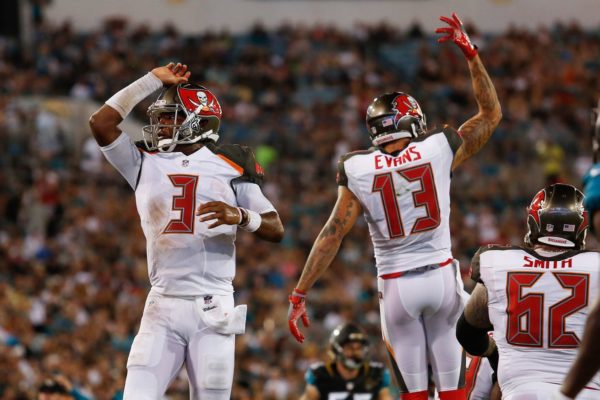 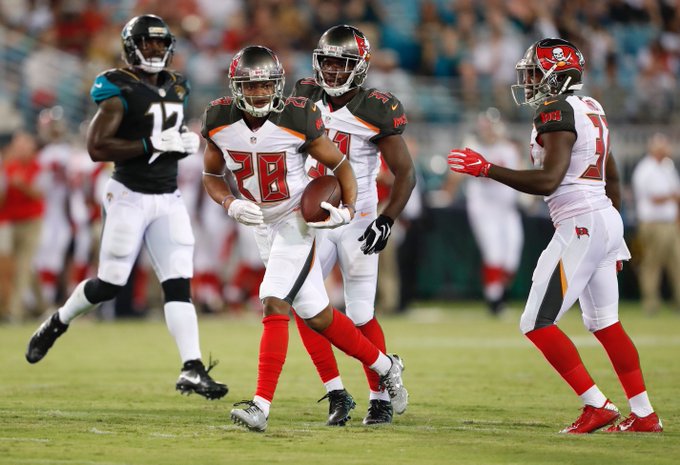 The Bucs beat the Jags 27-21 last night, but if you’re like me, you still have that unsettled feeling that there’s still work that needs to be done.
Coach Koetter was very impressed with the young secondary, with #1 draft pick Vernon Hargreaves all picking off two Chad Henne passes in back to back series, the second of which was very impressive and rookie Ryan Smith also had a pick.Four total interceptions last night was more than Bucs CBs had all of the last seasons.
RB Peyton Barber also proved a viable fill-in, as Doug Martin sat out last night.
LB Adarius Glanton led the team with 4 tackles in the game. Glanton also handled long-snapping duties in camp last week, trying to prove his worth as first cuts are on the horizon.
With the absence of Gerald McCoy last night the defense took on a bit of a different look. Noah Spence’s name was rarely heard, if at all. 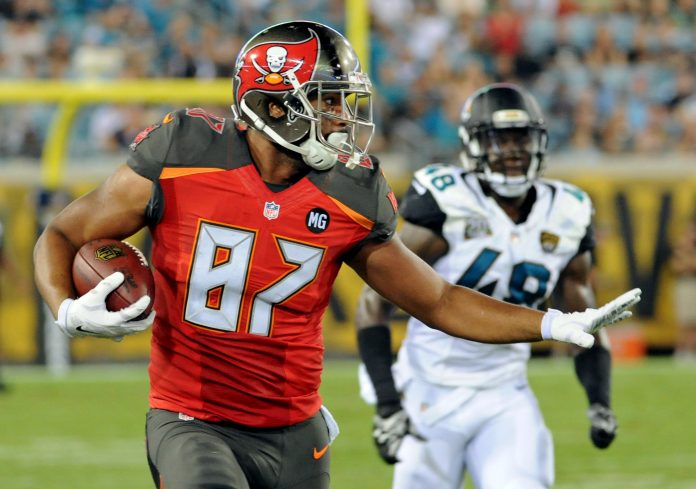 WR Mike Evans only had 2 catches but both were timely as one was a fourth and two conversion.

The other was an impressive toe-tap TD from the arm of Jameis Winston.
Winston was only 3-11 in the game but the TD to Evans was something fans and coaches, alike, were happy to see. That chemistry is already flowing.
Austin Sefarian-Jenkins led the team with 3 catches, showing he’s not quite ready to hand over the starting TE position to Cameron Brate. ASJ looked good last night.
QB Mike Glennon was an effective 11-19 for 120 yds and a TD. He looked sharp, at times, with the occasional missed opportunity, as happens with backup QBs.
Once again,  the kicking game left everyone looking to the skies as Roberto Aguayo missed 2 more field goals, including a 28 yarder. Let’s hope his nerves are better at home against Cleveland next week on national tv!
Overall, the Bucs led in every category as well as total offense.