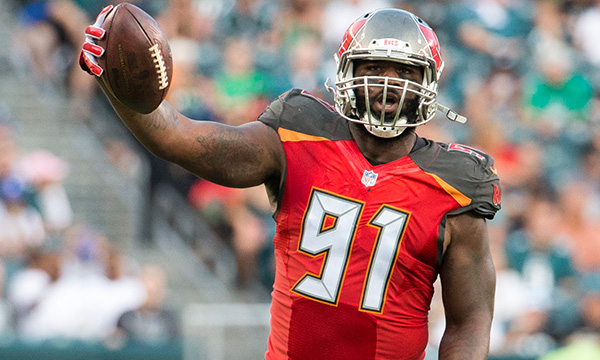 Robert Ayers is out with an ankle injury and has not practiced all week.

Lavonte David participated fully in practice this week but is questionable for today’s game due to a shoulder injury.

Doug Martin is out as he sustained an injury to his hamstring last week.

Cecil Shorts will also be missing today’s game with a hamstring injury he sustained last week.

Donovan Smith had missed one practice, followed by a light day of practice, before fully participating in practice on Friday. He is questionable for today’s game with a hip injury.

Ryan Smith is still recovering from a hand injury, no practice this week. He is also questionable, however, I’d expect him to be out as well.

Luke Stocker is out with an ankle injury he received in last week’s game. With ASJ waived, and Stocker out, rookie Alan Cross has been promoted and could see some playing time, today.