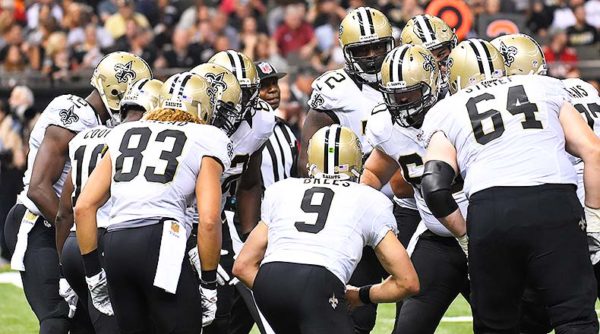 Monday night football was a shootout between the Atlanta Falcons and the New Orleans Saints, which ended up 45-32 in the Falcons favor. But there was one thing I noticed the Saints were doing to make life easier on Drew Brees.

It’s called the nudge offense, two players off the line of scrimmage on both sides of the offensive line. It’s usually two tight ends, but they put Mark Ingram in one of those spots every now and then and it led to some open play opportunities.

When the ball is snapped, those two players would give the outside rushers (in our case this week Von Miller and Demarcus Ware) a nudge to slow down their rush and give the offensive line some extra time and help.

I believe if Dirk Koetter wants this offense to have a great day when the Broncos come to town this Sunday, he would be smart to implement a couple extra blockers like this and keep Jameis Winston upright and healthy.