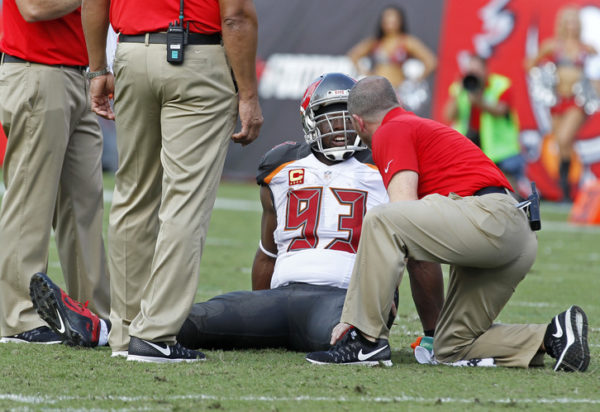 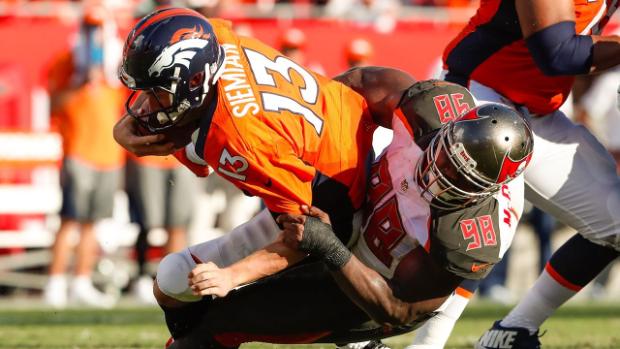 Okay, so I’m not quite ready to suit up for the Bucs. Injuries are something that every team deals with. But so far in the campaign, we seem to not just have the bug, but the injury flu. Of course losing Doug Martin, and Robert Ayers are huge losses for this team. But after a disappointing loss yesterday to the Broncos, we saw even more how injuries to key players cost us games.

Sure, we didn’t play great, but losing Gerald McCoy hurt us in the pressure department (although, McDonald had one of the best games I’ve seen him have until he was injured in warm-ups after the delay). A lack of pressure on Simeian, and Paxton Lynch, was directly correlated to yards and of course, the defeat.

With 11 men injured, we hope that these are not season-long problems. But if the game yesterday proved anything, it proved that anything can happen to these players, and nothing is promised. Some fans are ready to throw this team out already, and yes, injuries are frustrating. However, Ayers is due back possibly this Monday, and Doug to follow. This season is not over, but we have to play better, and the guys who are covering for the injured have to step up to the plate. Otherwise, that 9-7 prediction I made, will disappear faster than…well then our secondary.