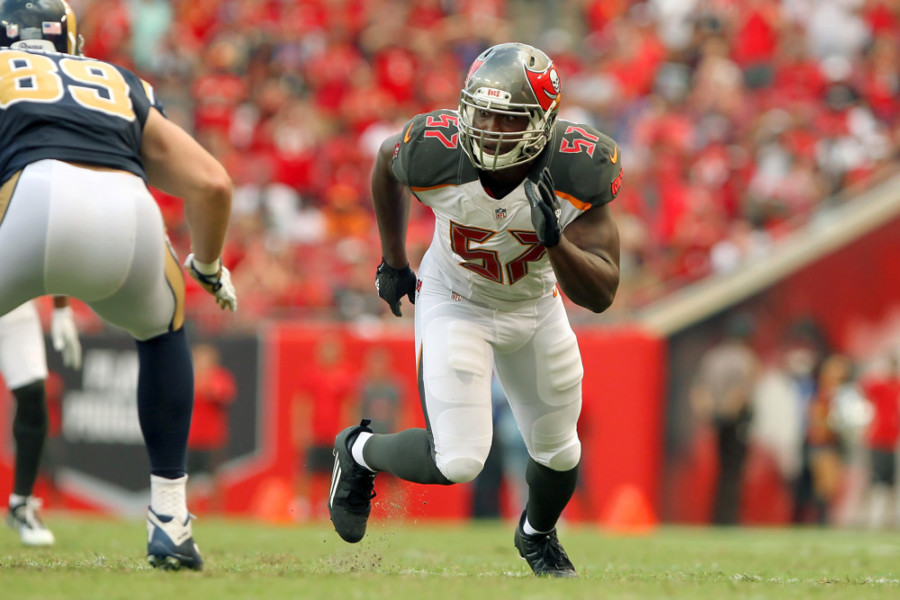 Let’s understand this first. His abilities as a speed specialist pass rusher are way above average. Think Von Miller, just not as quick. They both possess shorter than average arms and length, and Von does a great job with hand placement and block-shedding moves, a huge area of concern for Spence. Once he shows the ability to control blockers, and not be controlled himself, his speed off the edge will show every down, not just clear cut passing situations.

His playing time has been relegated partly because he just hasn’t learned how to work in small spaces. In other words, maybe he might find himself being chipped by a back or tight end on the way out and consequently left with little room to operate as the tackle has engaged him already even in obvious 3rd down passing.

The other reason for a lack of snaps for the rookie before the shoulder injury, opponents passed less and less each week. Week one Matt Ryan threw 39 times. Week two Cardinals threw 34 times. Week three Case Keenum attempted just 26 throws with many in early downs and running situations.

When it comes down to it, the kid needs to be really coached up badly. Needs other skills to keep tackles guessing and the speed will show up. The potential is upwards of 10+ sacks. He should be ready to go when the finally healthy Bucs head out west Oct 23rd to face a porous ‘9ers football team. Go Bucs!