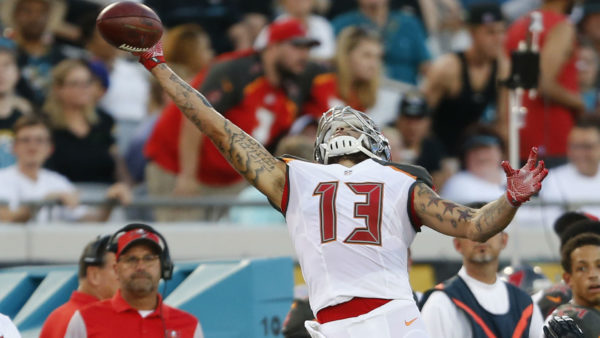 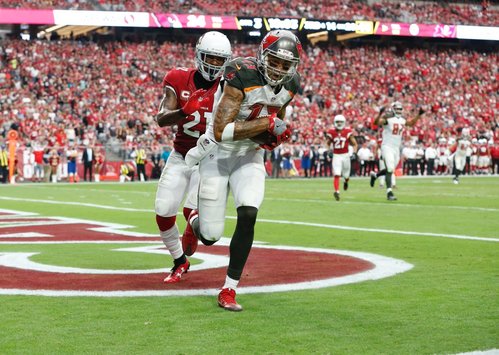 Last year, one of the biggest frustrations of the team was drops from Mike Evans. Although he still managed a pretty good season numbers wise, he was not catching the easy throws which made games a lot tougher to win.

The expectation was for that trend to stop, and has it ever!

Mike Evans season can be defined by one word, and that word is ‘Turnaround.’

I’m a numbers guy, so we’ll start there.

449 yards receiving, with 4 touchdowns. All 4 of those touchdowns have been over 20 yards, which is a testament to Evans’ hard work in the offseason of catching passes from Jameis that he may not have had last year. He’s averaging over 80 yards receiving per game, and I don’t know if anyone else has noticed, but his route running has improved tremendously.

We sometimes talk too much in my opinion about the quarterback position. Jameis has a lot of talent, but he needs a number 1 guy to make the catches. He has that in number 13. Evans is something special, and he is showing us what we should have already known. I believe the best is still yet to come with Evans, and he is someone that this franchise will need for a playoff run in the future.

One last thing I’ll leave you with. If Evans can manage to break 1,000 yards receiving this year, he’ll be the 4th player since the merger in 1970 to do so. Joining company with the likes of John Jefferson, AJ Green, Beckham JR, and of course Randy Moss.