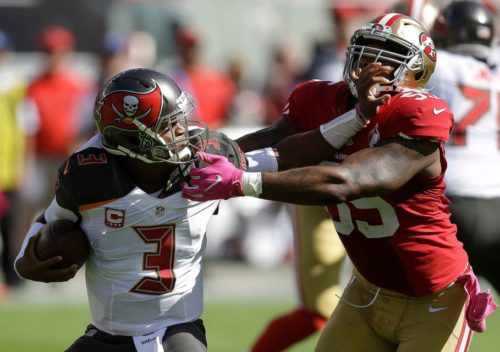 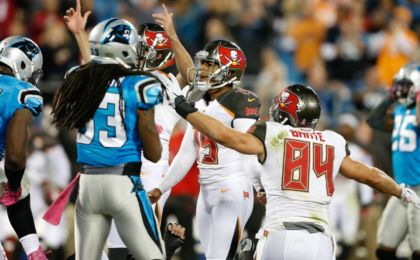 Looking back a few weeks ago we were sitting at a frustrating record of 1-3.  I could never have guessed what this team would come to do. Man has the past two games been just a cluster of ups and downs. Coming into Carolina, on a Monday night; Which, might I add? Was on National TV, which on its own, brings more prestige, against the defending NFC Champions. No one in their right mind gave us a chance. Who can blame them with the plethora of injuries going into that game? It seems we were just begging for disaster.

But boy was everyone wrong!

Right from the start, it was obvious that our game plan was to play good ole’ fashioned smash mouth football. Starting off the game with a staggering 8 rush attempts on the opening drive. We never looked back! But we would find ourselves in a hole, mid-way through. After surrendering a 6 point lead we found ourselves down by 8 in the 3rd quarter this team showed tremendous heart in what was an exciting comeback sealed with a heart-pounding game-winning kick by the struggling Roberto Aguayo. Fast Forward 2 weeks later and we find ourselves in yet another Deja Vu moment in being down early by a struggling 49ers team 14-0. What happened after that? Well, I’ll tell you, this team woke up. All that hype in the offseason about change well they finally showed it in a big way. Yes, the 49ers are struggling but weren’t we also?

The first step in turning the ship around is winning games you should. We did just that in good fashion, by finally starting to force turnovers, finally starting to get over the hump of finishing strong and with pride, and most importantly, FINALLY starting to win football games. Winning 2 road games back to up is an accomplishment for any team. Now the time to finally silences the doubters is now. Time to ride the wave of momentum back home to the Bay and beat those damn Raiders!