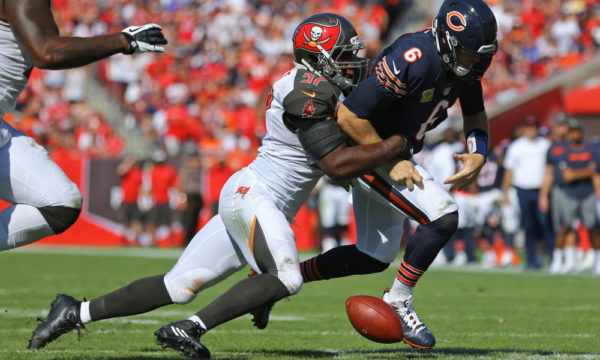 When it comes to rookie defensive ends and sacks one is beginning to stand out more than the others, and that’s Noah Spence. Spence currently leads all rookie DE’s with four sacks. He recorded his fourth sack of the season when he brought down Jay Cutler and forced the fumble which Tampa recovered. Not only did Noah Spence record his fourth sack on, Sunday but he also recorded his second forced fumble of the season.

Noah Spence’s achievements are impressive in their own right, but the fact that He had suffered a torn labrum in week 4, makes it all the more impressive.

Here’s that sack on Cutler that forced the turnover!