Bucs Report
Home Players And Rumors How much credit does Jameis Winston deserve for the signing of free... 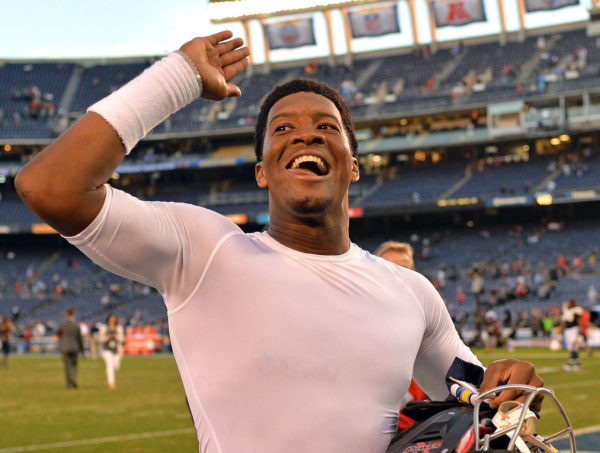 Now, of course, Bucs GM Jason Licht gets the credit for making it happen, but judging by the reports, Winston definitely played a key role in helping Jackson come to Tampa Bay. It has been reported that once the off-season began, and before the start of free agency, Winston, who has known DeSean for a few years, invited Jackson to join him to train and according to some reports, had texted him every day of the free agency. They built a good rapport with one another and this, in my opinion, went a long way in Tampa finally obtaining the lightning to Evans thunder.

During a recent press conference, Winston was quoted as saying ‘We need him’ in reference to Jackson coming to town. It seems that the love was mutual because soon after he signed his new 3-year deal, DeSean told the press that Winston ‘looks hungry’ and was already a true leader in every sense of the word even though he was only going into year 3.

Last season, Tampa Bay finished dead last, 32nd out of the 32 NFL teams in catches of 40+ yards, finishing with just 4, and there were no catches that went for more than 50 yards. This is where Jackson shines the most, and I firmly believe he will play a key role in helping us get to that ultimate goal of winning another championship.

DeSean Jackson has been in the league for 9 seasons and has surpassed 1000 yards receiving in 5 of them, with an average of 20 yards per completion. Evans, going into his third year in the league, has surpassed 1000 yards receiving in each of his first 2 seasons, with an average of just under 15 yards per completion.

I firmly believe that with the addition of Jackson, to go along with Mike Evans, and the theft of O.J. Howard in the draft to pair with Cameron Brate, defenses are going to have a tough time double teaming and focusing on any one singular player, giving Winston the chance to go through his progressions and find the mismatches to exploit. Buckle up Bucs fans, it’s going to be a fun year!