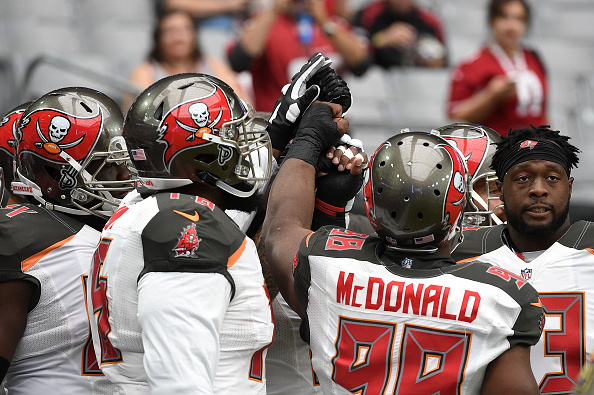 We all know that we live in a world where opportunities are never given, they are earned. It’s fair to say, the Tampa Bay Buccaneers have been on the wrong end of success this season.

A team that was once labeled the dark horse of the NFC quickly became the laughing stock of the entire NFL. We aren’t the Browns, who have been, and continue to be perennial losers, or the San Francisco 49ers, who were expected to have setbacks this season.

The Buccaneers, however, had very high expectations coming into this season. After finishing last season on a high road as a young, up and coming team, many had playoff expectations for our beloved Buccaneers, but unfortunately, instead of turning heads, we stunk up the joint. At a dismal record of 2-6, our starting Quarterback is injured and giving questionable, although comical pre-game speeches. (The famous who wants to eat a W speech at New Orleans week 9 comes to mind).

The Buccaneers finally caught a break, getting to take on the New York Jets. They may have been just what the doctor ordered for the team to gain some confidence by beating Josh McCown and the J.E.T.S., 15-10.

Quarterback Ryan Fitzpatrick did not do anything out of the usual, he didn’t commit the devastating turnover that has come to define his career. He definitely threw some bad passes, and made a couple of careless mistakes, but he also threw the game winning touchdown to Charles ‘Chuck’ Sims late in the 4th quarter to ice the game.

The defense showed some promise as well, causing turnovers and did a great job getting off the field on 3rd downs.

With the Jets being beaten, battered and conquered, Tampa Bay sets its sights on a wounded and weakened Miami Dolphins team that was just gashed for 45 points by the Carolina Panthers on Monday Night Football.

With the team fresh of a win, they are preparing for a home game, away from home, for a huge showdown Sunday in Miami.

Could the win over the Jets be the spark that was needed for the Bucs to get on a winning streak and possibly make noise as a wildcard? It’s probably too little, and too late, but only time will tell.