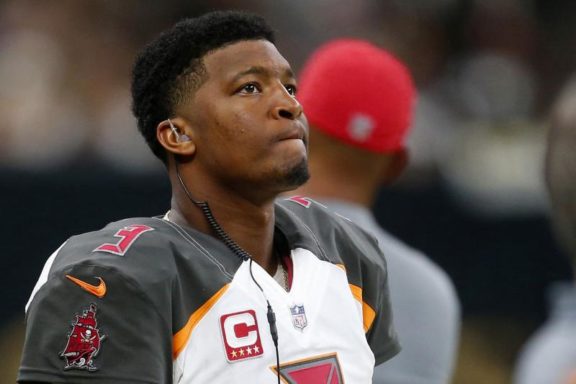 This week Jameis Winston will start against Green Bay coming fresh of a shoulder injury. With seemingly nothing to play for but pride, the Bucs coaching staff has left the fan base scratching their heads as to why risk Winston’s health with nothing to play for. When you are 4-7 on the season with no chance at a post season run, why would you put your recently injured franchise QB behind a patch job offensive line during an abysmal season?

During Winston’s press conference, he said all the right things. When the media questioned why risk re-injury given the Bucs record, he only responded with, “This is my job” and “I’m here ready to play”. That’s what you want to hear from the leader of your franchise. You want a guy who comes in ready to compete with no fear regardless of the situation. With that said you also need a coach that makes sound calls (no pun intended towards Dirk’s play calling ability). That is precisely what did not happen though. Jenna Laine from ESPN reported that Koetter is “Not concerned about the risks of playing Winston”.

Koetter is not concerned? There are multiple recent examples of young QB’s that were rising stars that were injured and then thrust into the lineup too soon. As a result, their careers to date have taken a tailspin because of those critical decisions. Luck is a prime example of how to mismanage the health of your QB.

This move by the Bucs coaching staff is a real head scratcher. Why risk doing further or even worse permanent damage to your franchise quarterback? With the Bucs hopes up so high at the start of the season, you have to wonder if Koetter is trying to do whatever it takes to save his job. This includes taking the chance of re-injuring your star QB in these final meaningless games. Every Bucs fan hopes that this is not the true motive behind the decision. If it is, it might cost him his job ultimately if Winston’s health digresses for any reason.