Bucs Report
Home Players And Rumors Bucs In Talks With Kwon Camp. May Not Get Top Market Deal 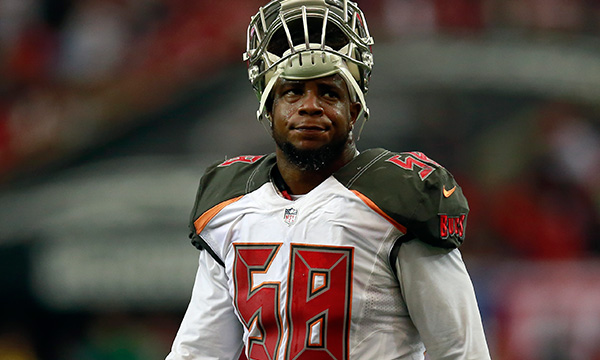 This past season MLB Kwon Alexander has become a vocal leader for the Bucs defense, but his stat sheet has not been a leading one on the team though.

His play through his career thus far has had some special moments but has also had some low/quiet ones as well. Like the week 4 game against Chicago where he was only able to collect 2 tackles.

Top linebackers who want a big payday must be consistently great and has the rest of this season to prove that he is. As reported by Tampa Bay Times Rick Stroud, his agents and the team are in talks of a new deal before he hits free agency next spring. He may not get a top dollar offer through from the front office due to his inconsistent performance thus far.

Without a doubt, the Bucs will make an offer to Alexander and would like him to stay in Tampa Bay. That said there is quality depth at this position and could fill his position in 2019 if need be.

Stay tuned to bucsreport.com as this story develops.