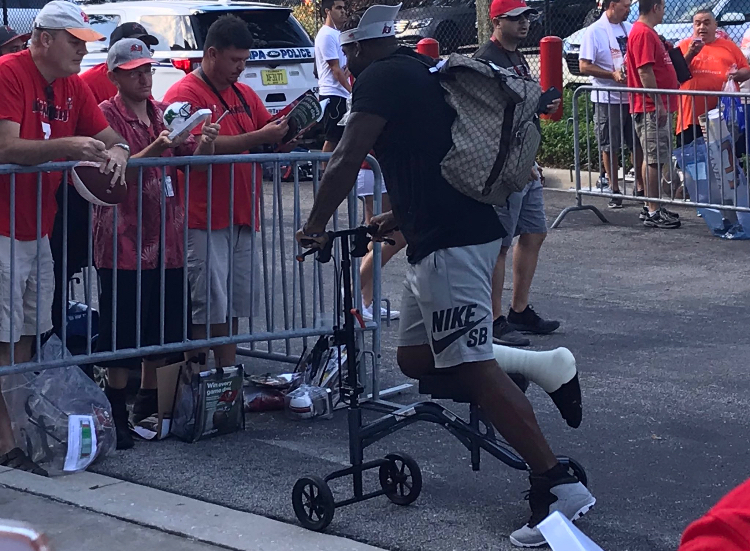 As DE Vinny Curry, who has been ruled out for today’s game, walked into Raymond James Stadium fans asked how long he’d be out. He replied, “two weeks”, reports the Athletics Greg Auman.

His right foot was seen in a cast as he scooted into the stadium. Curry has 1.5 sacks and 4 QB hits over 5 games this season. Even though he has had a quite start to the season, him and McCoy being sidelined for Sunday’s game hurts an already underwhelming defensive line. 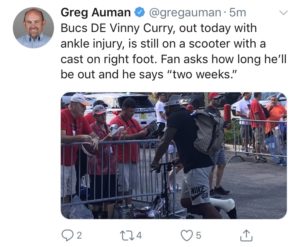