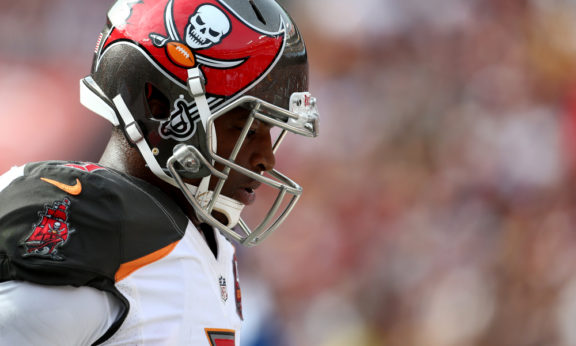 The leader of the Tampa Bay Buccaneers, Jameis Winston, turned 25 years old last Sunday. He just finished his fourth season in the NFL and might be one of the most controversial quarterbacks in the NFL at the moment. There are plenty of Bucs fans who would like Tampa Bay to part ways with the former Florida State product, mostly due to off-the-field issues. The fact that he has yet to play in an NFL playoff game does not make things any easier for Jameis Winston.

Now, would this Bucs team still be playing this January if they had one of the young quarterbacks available who made the playoffs this year, such as Dak Prescott, Deshaun Watson, Patrick Mahomes, Mitchell Trubisky, Lamar Jackson or Jared Goff? Possibly. Yet highly unlikely.

Football is a team sport. Statistically, at the age of 25, Jameis Winston is right on pace with many of the greatest quarterbacks who have ever played the game at that point in their career. For instance, Winston has thrown for 88 touchdown passes so far. That beats Peyton Manning, who had 85, Drew Brees, who had 56, Joe Montana, who had 52, and Brett Favre, who had 70. Drew Bledsoe had 80 touchdowns and is the only quarterback in history who had more passing yards at that point in his life (14,642) than Jameis Winston does now (14,628).

Interceptions are a major reason why many would like Winston to walk to plank. However, even in this department he is not doing as badly as most people make it seem. Winston is right on pace with Peyton Manning and Terry Bradshaw with 58 picks each. That puts Jameis Winston in the same category with two undisputed elite quarterbacks. Two more of this caliber are Joe Namath and Fran Tarkanton, each of whom had considerably more interceptions than Winston (Namath with 70, Tarkenton with 68). Drew Bledsoe had 73 interceptions.

Licht sees the potential on hand with the young signal caller and has already publicly made the decision to stick with Winston in 2019. A very smart move.
There will be a new head coach for the Tampa Bay Buccaneers next season, and Jameis Winston’s career is at a crossroads at the moment. A lot of his development will depend on the man who will be hired by the Glazers to call the shots. Yet keeping Winston in Tampa for at least another year is definitely a move in the right direction.

Hopefully the new head coach will figure out how to use him correctly and make this offense dangerous again next year.