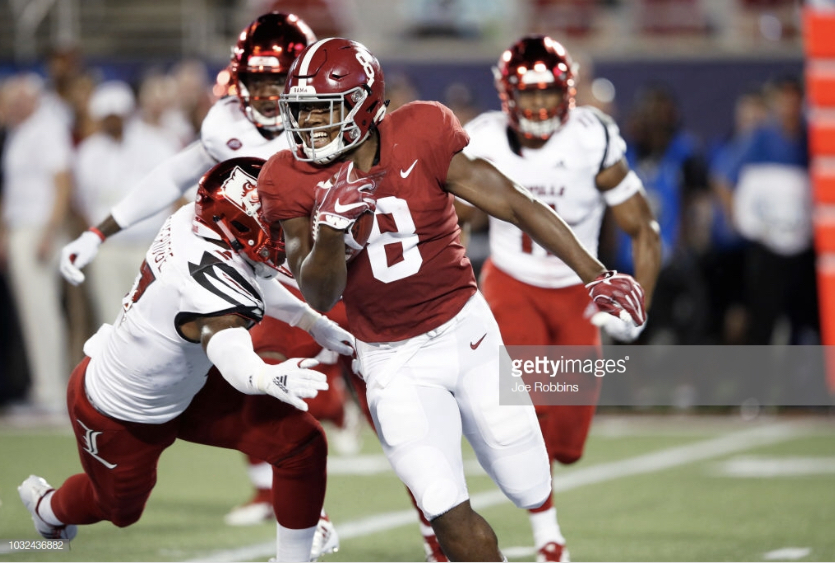 Overview: Josh Jacobs is expected to make an immediate impact for the team he gets drafted by and is considered the best running back in this year’s draft class. He is expected by most to be drafted in the first round of the 2019 draft and seems to have all the tools to become an every down back in the NFL. He has been constantly climbing up mock drafts in the last weeks and months. If he has a great combine, he could end up being picked even in the top ten.

If the Buccaneers plan on targeting him, they should do so early in the second round. If he ends up falling that far, he should be a bargain if still available at that point in the draft. The Bucs simply cannot afford to spend a first rounder on a running back, as there are multiple other glaring needs.

Pros: Great acceleration. Decent size and frame. Has the ability to be a threat as a kick returner as well. Aggressive running style, always finishes runs. Decent pass catcher out of the back field. Knows how to read his blocks and runs hard between the tackles. Excels at breaking tackles and punishing defenders.

Cons: Speed is okay for his size, not great. Has had issues holding on to the ball.