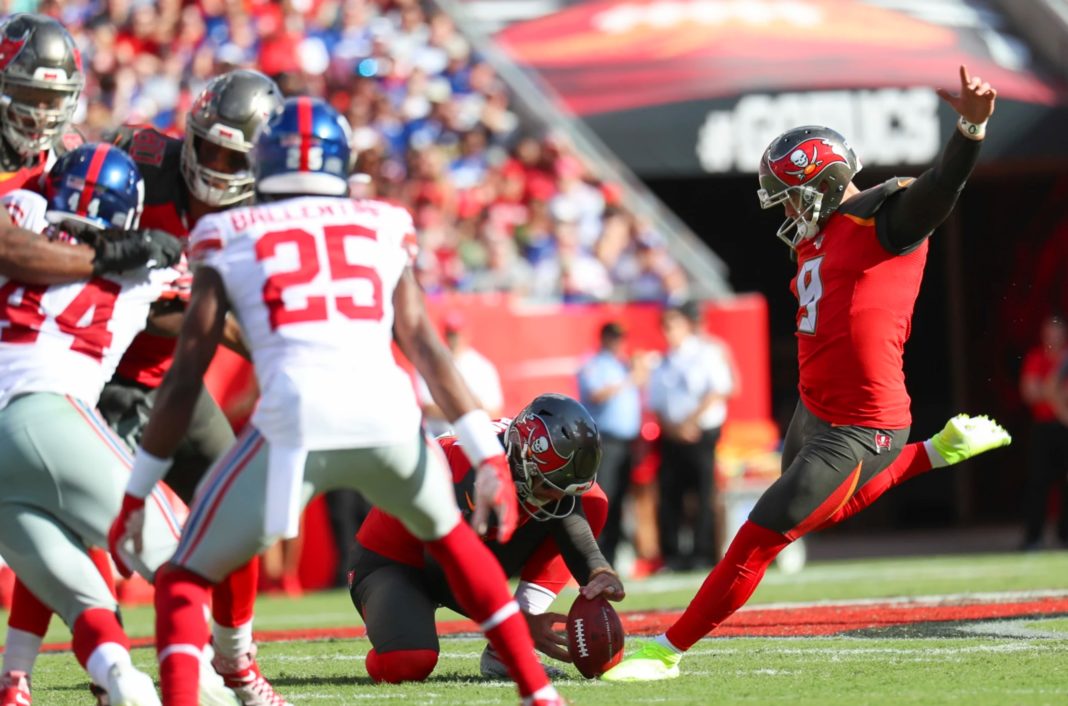 I’m not going to do it. I’m not going to…I told myself I would control this. Oh, hell. I have to ask. Matt Gay, love ya, bud. You are the Buccaneers kicker. You have a leg that we just know will bring many points to the Buccaneers in the future. But I have to ask. How do you miss a gimme, game-winning kick with time is running out that most Buccaneer fans can recreate in the NFL Fan Experience area?

Buccaneer faithful have seen the power of the “Ute Boot”. The 52-yarder yesterday was a demonstration of how strong that leg of yours can be. Even with the competition between yourself and Cairo Santos in the preseason, it became apparent early that this job was yours to win. Even your highlighter color cleats are trending. Make no mistake about it. Even in missing yesterday’s game-winning kick, Tampa Bay has not been this quiet about a kickers misdeeds since Neil O’Donoghue. Your job is safe. For now.

Let’s Put That One Behind Us

You probably already know Matt Gay. The entire team is trying really hard not to get coach Arians blood pressure up. Everybody is going about their jobs in the most professional, efficient, calm headed way possible. It should be noted here that you are a rookie, and kicking an oblong, inflated football isn’t always the easiest thing to do. If kicking field goals were a gimme, Roberto Aguayo would still have a job. Enough said. There was that clutch kick in the preseason against the Dolphins but this was your very first chance to win one at the NFL level as time expired and you choked. It happens.

Now it is time to have those short memory kickers are supposed to have and get this thing straight. No, not straight as in outside the uprights. Straight as in you and your Buccaneer teammates will not play at Raymond James stadium for the next 48 days. There will be some hostile environments where your leg will be needed. Put this one behind you.

You got this man. Just put one foot in front of the other and when it’s time, make sure one of them strikes the ball up through the uprights. Piece of cake. There were multiple reasons the team lost yesterday, but your right foot just happens to be one of them. Keep your chin up, your confidence high, and whatever you do, don’t play the kick to hook from inside the 20. It’s just not going to hook.

Bucs Report Staff - October 21, 2021
0
The Tampa Bay Buccaneers are facing the Chicago Bears this Sunday at Raymond James Stadium. The Bucs look to revenge a 20-19 loss in...