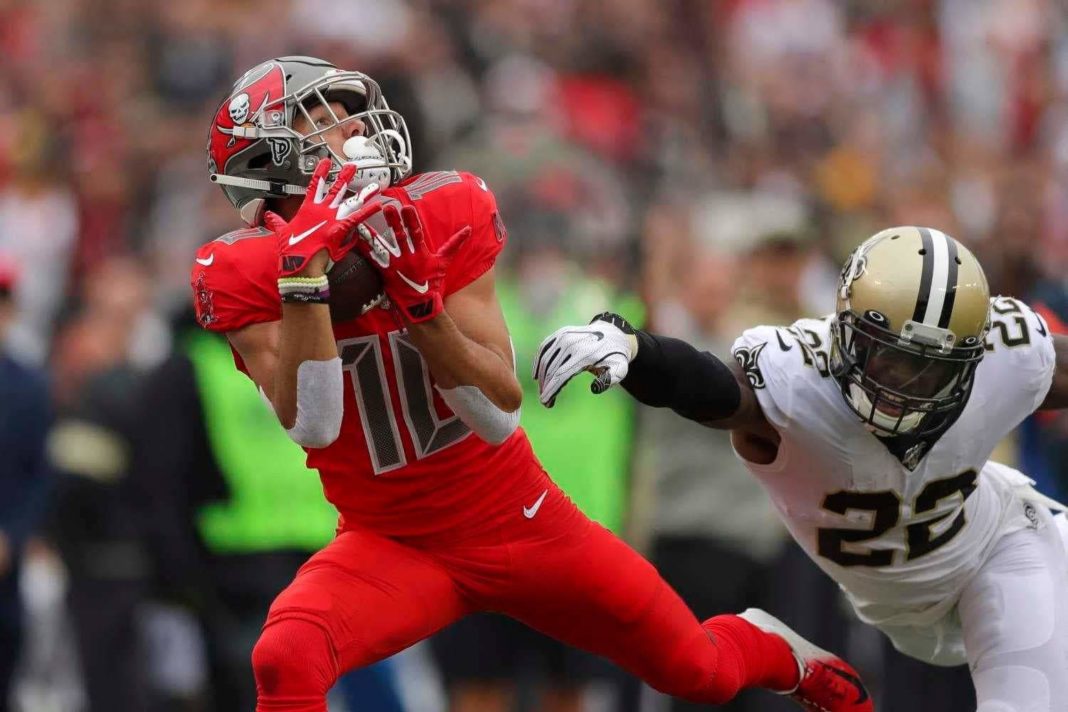 After the loss to the New Orleans Saints on Sunday, it’s tough to find positives with this 2019 Buccaneer team. One positive — the Bucs may have found their third wide receiver in Scotty Miller. Miller, after being drafted in the 6th round, had struggled to stay healthy in camp and pick up the offense. But, he displayed his 4.3 speed against the Saints and a 48-yard catch that looked like his first TD. While appearing in a career-high 51% of the offensive plays against the Saints, Miller had a breakout performance with four catches for 71 yards.

"This coaching staff believed in me as a downfield threat. So I'm happy I got to show that this last Sunday, and hopefully going forward I'm able to continue to make big plays for our team."

“He’s improving, we knew they were going to double-double (Mike Evans and Chris Godwin), so Cam Brate gets 12 targets, and Scotty gets a bunch of targets so those inside guys had to win. We were losing our backs in the protection scheme so Scotty produced. I would just like to see him go one more yard, where he’s supposed to be, for that first down.”

Miller on his increased playing time:

“I’m feeling really confident with it, whether it be the one receiver or the five receiver or anywhere in between, you’ve got to go out there when your number’s called and be able to make plays. That’s the mindset I have. I’ve just got to be ready to go whenever I’m out there on the field. I’ve got to know what I’m doing and play fast and make plays when it comes my way.”

I know what you’re thinking, Peter, it’s been one good game for him. If you think that Miller’s production is a joke, don’t tell Jameis Winston:

“I just think hard work pays off,” said Winston of his young teammate. “He’s continued to work hard every day. He’s definitely gaining confidence in himself and you’re seeing the type of player that he’s capable of being.”

Even with the Bucs at 3-7, and little hope of postseason play, there’s still plenty of football left. Miller could be a big part of this offense going forward.

Don’t miss The Sports Web with Peter H. Blake LIVE at 10 p.m., Mondays, Tuesdays, Fridays and, of course, gameday — only on Bucs Report!