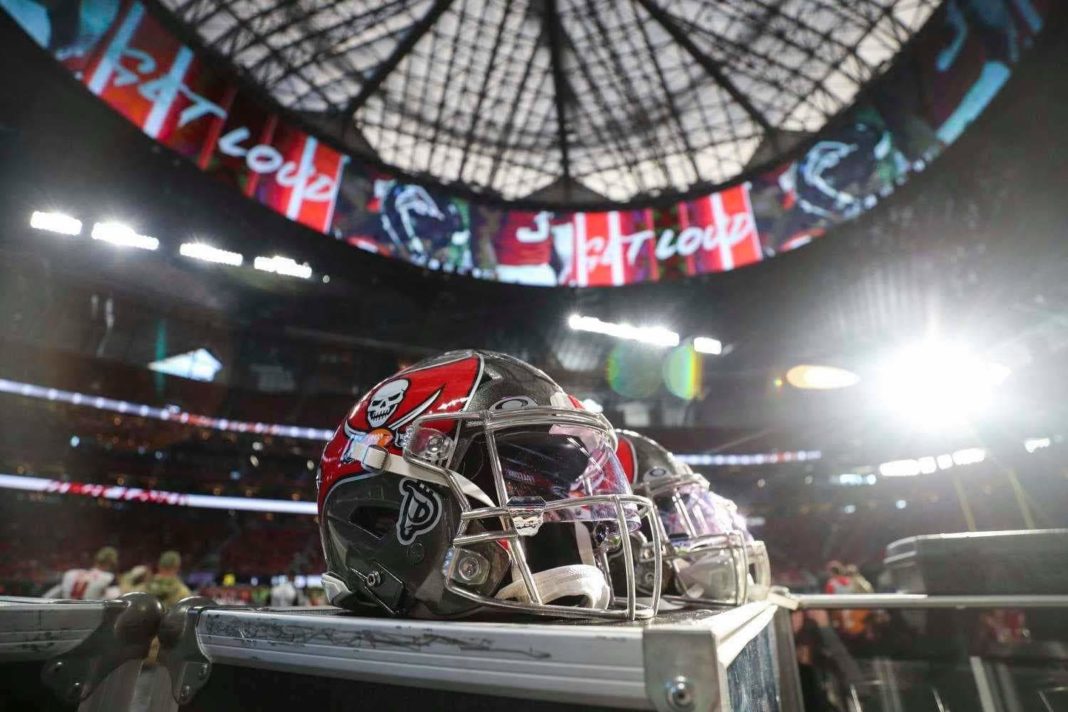 The Tampa Bay Buccaneers defeated divisional rivals the Atlanta Falcons Sunday 35-22. There were several key contributors that helped lead the team to this victory. Here are a few of our staff members’ choices for Player of the Game.

With the Buccaneers showing a dominant performance on both offense and defense, one player, in my opinion, stood out above the rest. Carlton Davis has quietly gotten better as the season has progressed. After an injury sidelined him for a couple of weeks, Davis has come into his own especially going up against the likes of Julio Jones and Calvin Ridley on Sunday. Jones finished the day being targeted nine times but only catches five of those passes for 68. Not exactly the day he has had in the past against the Buccaneers.

Ridley has a little more success as far as performance went with six catches on 14 targets and a touchdown. Davis finished the day with a total of five pass defense to go along with an incredible one arm snatching interception. To go along with Davis, in this category, you have to also give credit to Jamel Dean who also finished the day with five defended passes moving him to over 10 pass defense in a short amount of games. These young defensive backs seem to be coming into their own and their aggressive nature will only show more as the game slows down for them.

My pick for Player of the Game is none other than the enigma himself, Jameis Winston. While there are many who deserve it, I personally cast my vote for Winston. Yes, the game started rocky, and yes, even I yelled at the screen on that first pass. A weaker-minded quarterback would have folded under the pressure. Not Winston, he picked himself up and pulled his six-shooter from its holster and lead this offense up and down the field. The best play of the day actually was a ball he threw away. Third down and four, he escaped the rush, rolled left and chucked the ball out of play. This play showed he is maturing and it allowed the Bucs redemption for the three miss extra points pushing the lead past two touchdowns!

After some self-deliberation, I’ve decided to go with Vita Vea. The second-year defensive tackle wreaked havoc in the middle all day. Showing his brute strength with his bull rush as well as his athleticism with his pass-rushing moves, Vea was a force for the Buccaneers defense. But wait there’s more, Vea also played on the offensive side of the ball. No, not just being a lead blocker on a run play, but catching a TD pass from Jameis Winston. In doing so Vea became the heaviest player in NFL history to catch a TD pass.

My Player of the Game is Chris Godwin. His seven receptions for 184 yards and two touchdowns were a big part of the offensive success in Atlanta. Selected in the 3rd round of the 2017 draft, the speedster from Penn State has been such a compliment to this team and an effective 1-2 punch combination for a duo with Mike Evans. That he is the one of the two in that combo, depending on which poison opposing teams pick speaks to his talent and drive.

Evan Winter - April 20, 2021
0
And to think, to this day, Twitter continues to exist as a free website. Yes, it can be nothing but a barbarous hellscape that destroys...

Evan Winter - April 20, 2021
0
Our own J.T. Olson already discussed the thought of the Bucs trading back with the Jacksonville Jaguars during the NFL Draft. What a would trade...