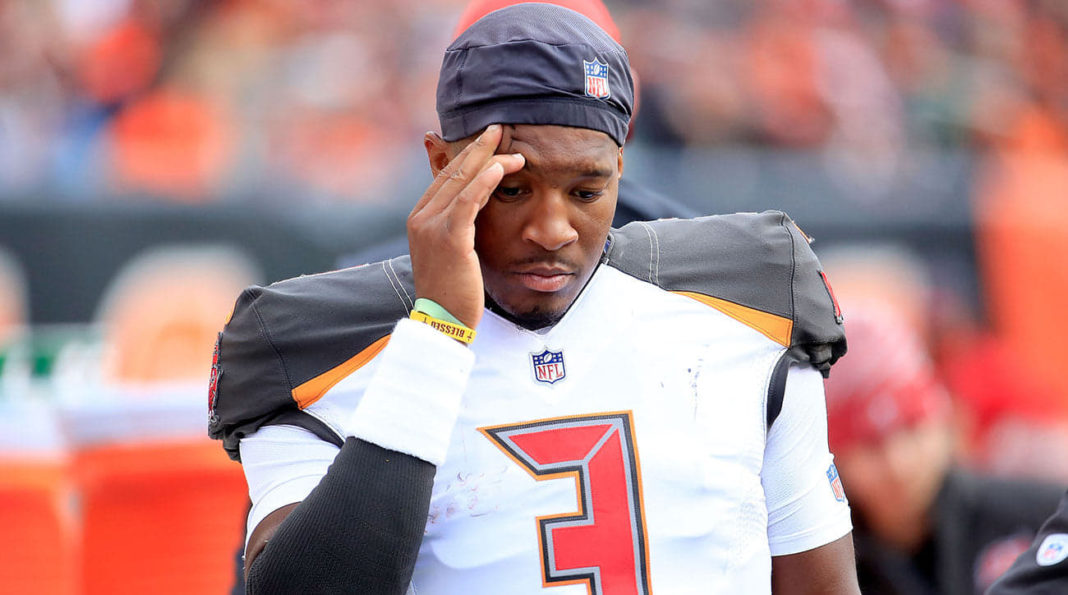 Bruce Arians came out of retirement in part to coach quarterback Jameis Winston. Arians has caught alot of heat from the local media and fans about how he has defended Winston’s turnovers. At times blaming some of them (right or wrong) on everybody but Winston.

That’s why today when asked if Winston would be part of the organization’s plans after the 2019 season, Arians was non-committal.

To put a better frame on this question, Arians was asked if ownership requested an evaluation this week would he say “unequivocally” that Winston is Tampa Bay’s starting quarterback going forward.

While that isn’t exactly Arians saying he is ready to move on from Winston. It is a dramatic shift from his resent stance on the 5th year quarterback. This could simply be a case of Arians kicking the question down the road. It could be a lowkey way of sending a message to Winston. Or it could even be the beginning of the teams “negotiations” tactics. Either way it’s something we haven’t heard from the head coach before.