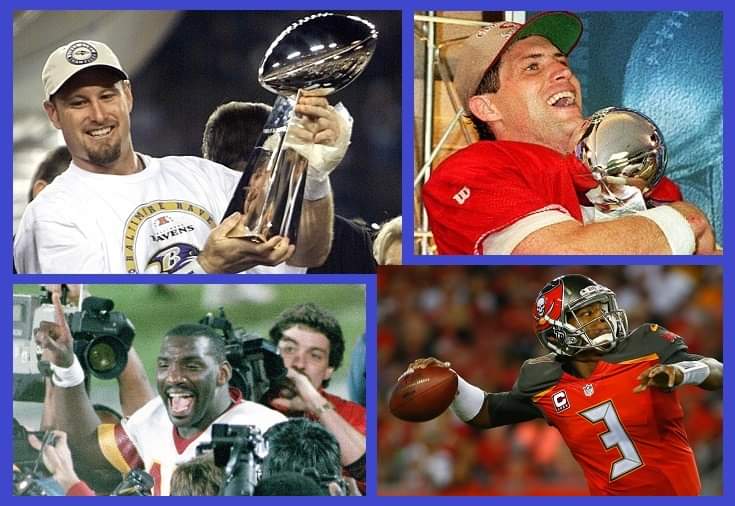 Before you decide to give up on Jameis Winston just remember what happened to Trent Dilfer, Steve Young, and Doug Williams when they left Tampa Bay.

The difference between Williams, Young & Dilfer is that Young is a Hall of Famer and one of the best QBs in NFL history. His guys are covered so he’d scramble (not like Lamar Jackson but he got the job done). For Williams, his pocket presence was his hook. Plus, he was gigantic! Then, we have Dilfer, who during that Super Bowl season with Baltimore, the Ravens had a five-game stint where they didn’t score an offensive touchdown. That was on Dilfer, not the entire Ravens offense.

It didn’t really matter because that Ravens defense was incredible at every facet with Hall of Famers Ray Lewis & Ed Reed. Still, Dilfer’s a Super Bowl champ.

Not saying let Winston go and whatever team gets him will win the big one. But, it’s definitely something Bucs fans have in their minds that makes it a stigma. No, Josh Freeman didn’t win a Super Bowl, nor did Jeff Garcia.

I’m still on the “glass half full” Winston, regardless of all his interceptions. He’s still better than half the NFL QBs who started in 2019. His stats are impressive but his decision making is somewhat enigmatic.

One thing I do believe is that Winston and Dilfer had similar problems approaching the line … call it the “deer in the headlights” syndrome. Or, call it lack of knowing defenses. Both are smart signal-callers but both made poor on-field decisions.

I say give Winston the next three games to continue to show us truly who he is and who he could be; regardless of all the interceptions he’s thrown this season. Just don’t be too antsy to get rid of him. The grass isn’t always greener on the other side… unless you’re Williams, Young or Dilfer.