Bucs Report
Home From The Stands What will Santa bring the Buccaneers for Christmas? 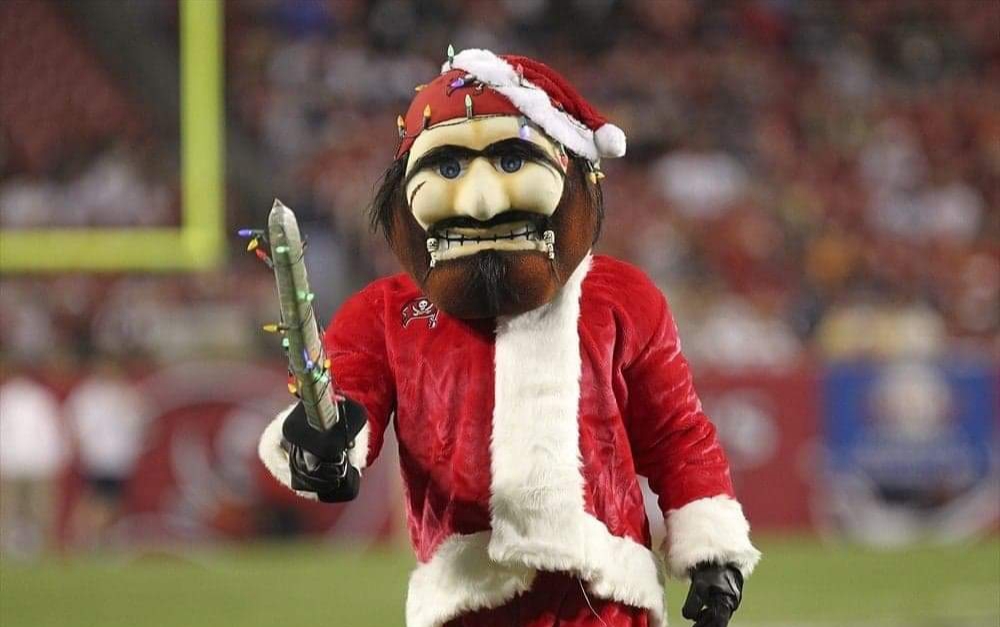 Alrighty then. You are the head elf in Santa’s workshop and it’s your job to pick the one player to be placed under the tree at One Buc Place. All the Bucs fans were really good this year and deserve the player they covet the most.

In case you didn’t know it, the jolly, round guy is a huge football fan. I’m talking about Santa, not Jason Licht. His favorite team WAS the Atlanta Falcons. Until a couple of years back when a high altitude encounter with one of the birds of prey got pretty messy.

No! The bird was fine. But the near miss scared the sh…….well, you get the picture.

Besides. Tampa Bay is one of Kris Kringle’s favorite places to unwind after traveling around the world in 24 hours. He has even been seen attending a Buccaneers game when they play at home the week following the big night. He might even be at next weeks Buccaneers/Falcons game.

Back to the original point

The big guy is not sure of what the Buccaneers need most. This is where you come in. Tell us what you would give the team this year.

The best answers will be covered during this Saturdays pre game coverage of the Buccaneers/Texans game on the Bucs Report.

email your thoughts to Bucsreport2017@gmail.com. Be sure to put “Santa’s List” in the subject line.

Tune in on Saturday morning to see what fans hope the Buccaneers get for Christmas this year.

Joshua Cole-Allen - March 4, 2021
0
As the Tampa Bay Buccaneers continue to ramp up there draft preparations, they have started the process of virtually meeting with prospects. According to...

Brady Talks Expectations, Road To The Super Bowl And Rehab

Joshua Cole-Allen - March 3, 2021
0
Tom Brady’s inaugural season as a Tampa Bay Buccaneer got off to a great start. He reached the pinnacle of the sport. Winning his...

Who Will The Buccaneers Add To Their Schedule In 2021?

Evan Winter - March 3, 2021
1
One of the biggest components of the new CBA is the 17th game that the NFL plans to add to the regular season schedule....
Load more