Bucs Report
Home From The Stands Thank you, #69 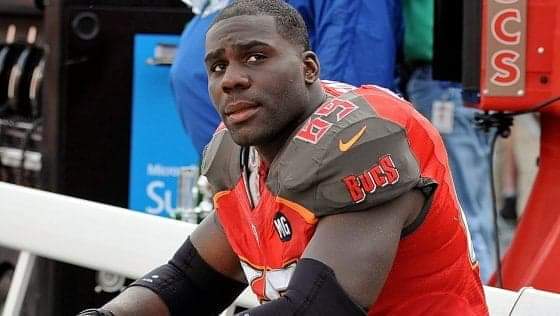 “A wide-body player in the blocks for the Golden Eagles. Strongest player on the team … Has really good base. Strong block-to-block presence and a physical inside presence. Expected to contribute right away.”

In 2012, Tampa re-signed the big man to compete for a starting job. In early September of that year, Dotson earned the starting right tackle spot from Jeremy Trueblood, a spot he has held ever since. The brass at One Buc kept bringing people in and Dotson kept clearing a spot for them on the bench.

Sadly for Dotson, father time sits the bench behind no one. At his football age, Dotson, even when “healthy”, should be listed on the injury report as questionable. He has left everything on the field each week. I think his left knee was found on the 45-yard line. This Sunday, we should give the big man a standing ovation. Dotson may walk off that field the last time as a Buccaneer and selfishly if it’s his last game I hope he retires a Buccaneer.