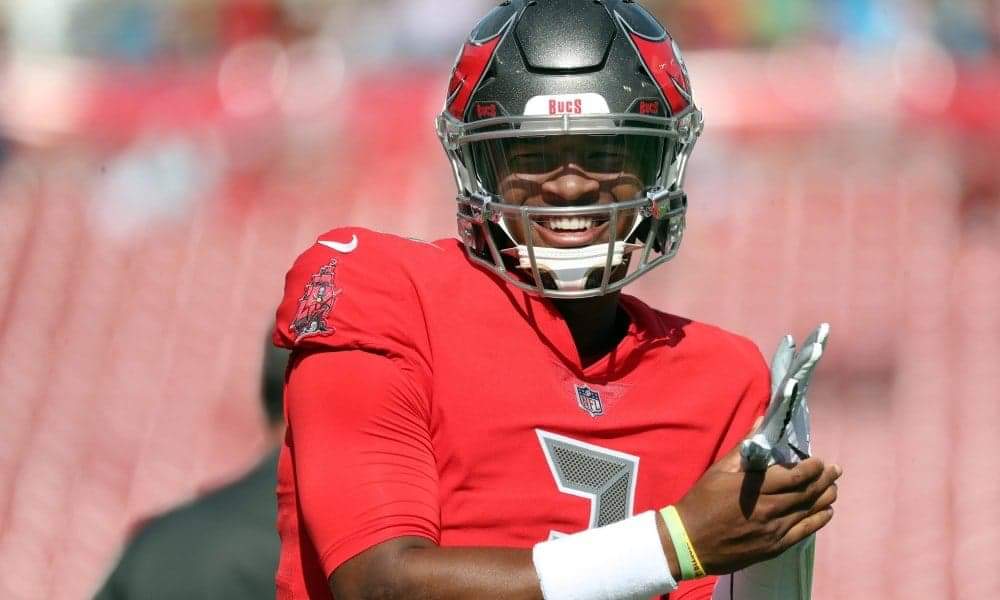 Sure it’s the cold season, but a flu shot won’t help. The blood pressure continues to rise. The symptoms linger. Oh, and that red rash and itch ain’t going away anytime soon.*

*Actually as much as we like to blame Jameis Winston for everything, the red rash and itch really aren’t his fault. Like your Mom warns, stop touching that and use ointment.

Right now, it appears to be contained to the Tampa Bay-area, but it could spread elsewhere. Nationally, they just laugh it off. The so-called “experts“ just call it “entertaining”. It becomes chronic on weekends. With every pass Jameis attempts, the head pounds, the knees shake and you grab your chest.

Here’s the thing. I’m not sure I can handle another season of watching Jameis Winston with the Buccaneers. Sure, the 33 touchdown passes and 5,109 yards rank as one of the best passing seasons in NFL history. But, the 30 interceptions and seven pick-sixes truly rank as one of the most “offensive” in football annals. And this was supposed to be the season Jameis had learned. Unfortunately, it was Year 5. His first pass in the NFL was a pick-six. His most recent pass in the NFL was a pick-six. Things aren’t changing.

You have it. Your friends have it. People you don’t like have it. Bruce Arians has it. And you can bet the Glazers have it. Attendance the last two games was as sickly as anything the Buccaneer owners have seen in years. Yes, the Bucs were out of the playoffs, but they had a chance to close the season with six straight wins and a 9-7 record. That was unthinkable when they were 2-6 at the midway point.

Yet, here comes Jameis with six interceptions, two pick-sixes and season-ending losses to Houston and Atlanta. Some scream he played with a broken thumb, his top two receivers were hurt, and the kicker can’t kick – again!! I don’t want to hear it. That’s another symptom of this disease, excuses and even logic mean nothing. You are spent.

The Bucs have nearly $90-million in salary cap room. Are you really going to give Jameis a third of that when you say your priorities are to re-sign Shaq Barrett, Jason Pierre-Paul, Ndamukong Suh, Carl Nassib along with fixing the offensive line, finding a running back and signing a veteran presence for that infant secondary? I haven’t even mentioned future deals for Chris Godwin, Lavonte David and re-thinking those ugly uniforms.

The Only Thing Worse Than Jameis-Fatigue is an Empty Wallet

Word is, Jameis will be unhappy with anything less than $30-million and he wants that for multi-years. I’m unhappy with the price of gas, snowbird traffic and that red rash. Still, watching the Bucs on Sundays can take my mind off all of that. I can’t remember the last time I enjoyed late-December games, let alone football in January and dare I say even February?

Can the Glazers sell season tickets with another season of Jameis? What is the hip marketing slogan for 2020?  From Seige the Day to Rue the Day? From Fire the Cannons to Point the Cannons?

Here’s what I’d do. Offer Jameis one year at $21-mill. When he turns that down, have Jason Licht and the Buccaneer cheerleaders drive him to the airport. I’d find the best available starting quarterback at that price and draft a quarterback. You won’t get Joe Burrow or Tua Tagovailoa or even Justin Herbert. Find a quarterback to develop. Put Licht to work. Make him stare at something other than a kicker.

Again, my apologies. Jameis-Fatigue really has me out of sorts.

Ray Kennedy - March 5, 2021
0
Every Saturday I would run to McCrory’s, allowance in hand. The clerk knew my mission as I barreled through the doors. Straight to the...

Ray Kennedy - March 5, 2021
0
Just weeks since winning Super Bowl LV. With just over two weeks until the start of the new NFL league year. The Buccaneers are...

Joshua Cole-Allen - March 4, 2021
0
As the Tampa Bay Buccaneers continue to ramp up there draft preparations, they have started the process of virtually meeting with prospects. According to...
Load more