I have to say, Jason Pierre-Paul has to be one of the most interesting players of all time. He has had two major accidents one involving his hand and the other involving his neck. Pierre-Paul was also traded to Tampa Bay from New York and is on the wrong side of 30.

One thing is for sure, you can never tell this man that he will fail. Pierre-Paul’s will to win is second to none and he will not be denied by anyone, whether its a player, coach or father time. So I ask you a question, should the Buccaneers resign him? My answer is hell yea!

Jason Pierre-Paul is a hometown kid from the Tampa Bay area as he played his college career here at USF. He and his family belong here which would make sense for him to finish his career in Tampa. Tampa Bay and Pierre-Paul’s agent will need to find some neutral ground on the contract front. If I had to guess, I would say somewhere between 7-10 million dollars. The reasoning behind seven million is because he won’t be asked to do full-time starter minutes in a game. I’d predict more of a part-time rotational role. which would help get the maximum potential out of him, as well as save his body for the entire 16 week season.

In Pierre-Paul’s career, he has earned 517 total tackles, 133 assists, and 79.5 sacks with 21 of those sacks coming from his two years here in Tampa. The Tampa Bay Buccaneers must retain JPP for several reasons with one being that he’s just that damn good. Even after neck surgery, he still has something to play for and that’s reaching the 100 sack club. He’d only need 20.5 more to reach that number. Three, he has and will continue to be a great mentor to these younger players that come to this team. And lastly, the coaches love having him here. 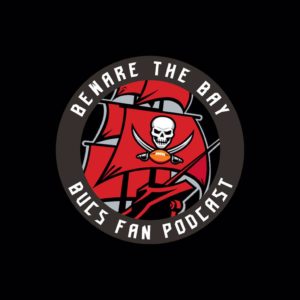 Philip Schwegler - January 19, 2021
0
Buccaneers star wide receiver Mike Evans made history this season with his seventh straight 1,000-yard season. The argument amongst NFL fans and who the...

Bucs Report Staff - January 19, 2021
0
The Tampa Bay Buccaneers' 2020 regular season was one of the franchise's best finishing 11-5. Throughout the year several Buccaneers were nominated and some...