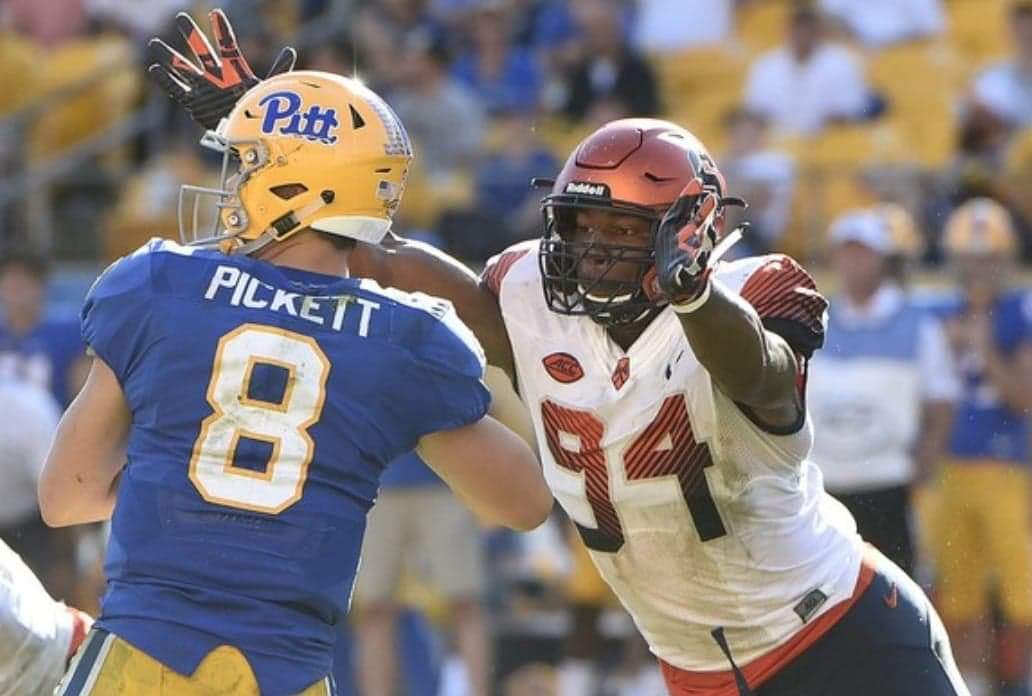 – Two-time All-ACC selection
– Finished his career No. 7 on Syracuse’s all-time sacks list with 19.5

I’m 100% convinced that this guy will start in the NFL and have a stellar career. He is officially on my list as “DO NOT MISS”. I had the pleasure to watch live at the Shrine Game and then watched on TV at the Senior Bowl. The rumor is that he is being coached by former Indianapolis Colts standout Dwight Freeney.

The first time I saw Robinson pass rush I thought he moved just like Freeney use to. He uses basketball type pivot moves to get around offensive tackles. I’ve noticed that Robinson is trying to use different techniques when offensive tackles take certain angles away from him. In the past, all of Robinson’s moves had to be around the edge when he’s overpowered. But he has been working at changing that and the tape shows. Robinson has the talent to rush with his hand in the dirt. He is also solid at standing up and rushing which will be key in today’s NFL. Favorite move is the dip and rip. Robinson is projected to be drafted between the 4th and 6th round.