Tampa will introduce more 12 personnel offense in 2020 after the signing of former New England Patriots tight Rob Gronkowski. The depth in this particular position group will become a strength of this offense in 2020.

What is the 12 Personnel?

The 12 personnel offense involves one running back and two tight ends, who in theory, can be a mix between a fullback or slot receiver at the line of scrimmage. The traditional names of the positions in 12 personnel are the Z, X, Y, H and the running back is F. Rob Gronkowski has played the H in New England’s offense for many years. The tight end or the “Y” was the late Aaron Hernandez which more than likely will be played by O.J. Howard.

Why does the 12 Personnel Give Defenses Issues?

The 12 personnel offense is normally grouped together but the offense gives no indication of what the offense does scheme wise. The offense can be look one way, and then another when it needs to be. For example, the offense can be traditional with a two tight end set or have one off of the line of scrimmage as an “H” back. The sole purpose of the 12 personnel is so that there is an immediate threat from the offense to attack any of the eight running gaps created from tight end to tight end. Most defensive coordinators will feel compelled to have an 8-man front on defense.

Opponents defensive coordinators will have issues because even though the offense is more condensed, there is also an immediate threat for all four receivers to get vertical on any given play.

The Tampa Bay Buccaneers will have opportunities to take advantage of a team’s defensive unit by taking advantage of their opponents inability to have the proper personnel to cover their offensive fire power. Some advantages about the 12 personnel is when you’re playing against it, you have to defend so many things in both run and pass. And because of that, it opens the possibilities of big plays both on the ground and in the air.

How flexible is the 12 personnel?

The 12 personnel has the ability to generate different looks and lineups each and every time the offense takes the field. It can go from its standard look, to an unbalanced set by creating a disadvantage for the opposing teams defense when it comes to gap control. The 12 personnel package can also be known to use motions to determine the strength in a particular play design to which I explained earlier. This can create gap control issues in the run defense while still offering vertical passing at the same time. Here are some examples below. 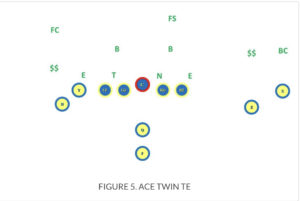 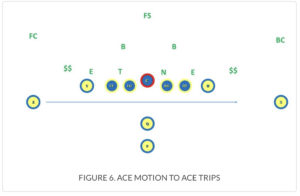 In any formations or personnel grouping it takes the right players and expert coaching to be able to run an offense smoothly and efficiently. Although we didn’t get into specific plays, the Tampa Bay Buccaneers have the needed tools to move the ball effectively in the 2020 season with Tom Brady and Byron Leftwich calling plays. I have given such a small breakdown of the possibilities the 12 personnel offense offers in this article but, the one thing you should take away from what I have shown you here is there are tons of ways to be really creative in this offense and a bright mind can score a lot of points.

Ray Kennedy - March 5, 2021
0
Every Saturday I would run to McCrory’s, allowance in hand. The clerk knew my mission as I barreled through the doors. Straight to the...

Ray Kennedy - March 5, 2021
0
Just weeks since winning Super Bowl LV. With just over two weeks until the start of the new NFL league year. The Buccaneers are...

Joshua Cole-Allen - March 4, 2021
0
As the Tampa Bay Buccaneers continue to ramp up there draft preparations, they have started the process of virtually meeting with prospects. According to...
Load more