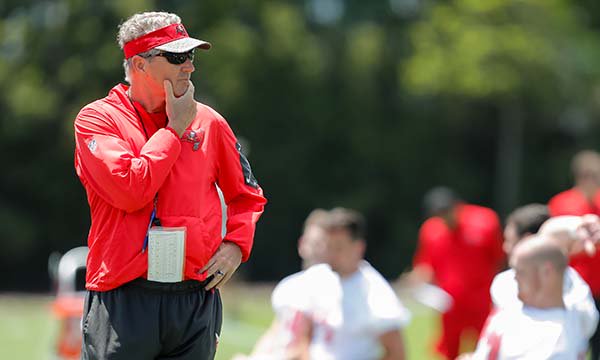 The offseason is the time for best of whatever list writers can come up with. Just recently Bleacher Report released their best NFL receiving corps. Top five goes:

.
Many may shake their head with the choice of putting Tampa at number two, but it could be logical. Last season, Winston threw for over 4,000 yards with one legitimate target all season in Mike Evans and looking forward to this season, Evans is still in place, alongside Cameron Brate, who led all tight ends in touchdowns before his injury at the end of the season, making any talented receivers added to the group, beneficial.

The addition of DeSean Jackson gives a touchdown waiting to happen threat. Adam Humphries could be Mr. Reliable, but the drafting of Chris Godwin could be the surprise factor. Let’s not forget the number 19 draft pick in this year’s draft OJ Howard.

.
When defending the Buccaneers receiving corp, there can’t be any double team because there are weapons all over the place, and two tight ends that can control the middle of the field. It’s going to be a defensive coordinator nightmare to plan for this new Buccaneer passing game and if our running game improves dramatically from last season, it’s gonna be lights out.