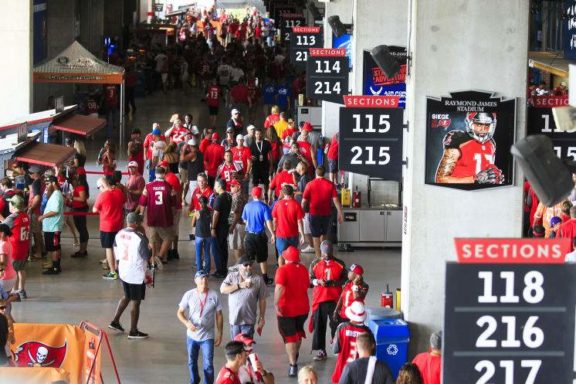 For the 3rd straight year, the Buccaneers, who once offered some of the lowest ticket prices in the NFL,  have decided to raise some season ticket prices, despite dropping from a 9-7 record in 2016 to an upsetting 5-11 in 2017.

According to Greg Auman, of Tampa Bay Times, season-ticket members got an email Tuesday, telling them they had until March 15th to renew their tickets for the upcoming season, or they’d be charged the newer, mostly higher prices. The report also listed the new pricing after the March 15th deadline. The lower-level tickets on the home side of the field are up about $250 per seat, the two center sections, closest to the 50-yard line, will go up from $1,350 to $1,600. As well as the lower end-zone seats will be going up from $800 to $900. The lower corner sections, the largest increase in price, going from $950 to $1,300 per seat. The upper level tickets are set to remain the same at $450 a seat, with the extra eight sections being $500 per seat. Some of the new “Stadium Club” seat pricing may go up by as much as $500.

Many fans don’t think the activity on the field warrants an increase in pricing, considering the Buccaneers haven’t been to the play-offs since 2007, and due to a year that saw average attendance at Bucs games drop by a little more than two percent, ranking the team at 29th in the league when it came to home attendance.

Fans don’t seem to be happy about the higher pricing, and this move has some season ticket holders debating on whether or not to renew at all.

One Bucs Fan, ‘BaldBuc’ commented, on NBC sports,  “I have 45 yard line seats on the good side of the stadium. That’s the only reason I was on the fence about renewing. This decision just pushed me off the fence to not renew.” And another fan, ‘captainwhodat’, commented, “makes staying at home and watching the TV (NFL package and/or Red Zone) all the more appealing…”

There has been no official statement from The Buccaneers on this, as of yet.