Opinion Editorial: My take on Dirk, the Defense, DeSean, and Jameis.

Dirk is a fine coach. While he’s new to the NFL head coaching thing, Dirk had been a head coach before. In the NCAA, Dirk did a great job at Boise State and Arizona State, setting records and leaving a great legacy. Look it up. As an offensive coordinator, he’s done a legendary job in the NFL, with both the Jacksonville Jaguars & the Atlanta Falcons. Look it up. So, what’s with all the Dirk hate?

How are we going to make it to the Super Bowl with Jameis being erratic and Gerald McCoy missing in action and Dirk and GM Jason Licht making rookie mistakes? Time. Yes, time is the answer!

Time is the one thing no one seems to have time for. Especially for Buc fans who have been literally spoiled by a 1st-year head coach that took them all the way to the dance and won it. Spoiled, entitled, privileged Buc fans who expect and demand their right to playoffs appearances and Super Bowl wins, now. Right now. Jon Gruden did it, so why can’t everyone be held to the same standard? Um, because it’s CRAZY!

I feel safe to say, that no one in the history of the NFL has ever done what Jon Gruden did. So, patience young grasshoppers. Patience!

Be patient and wait for Jameis to grow to have some touch on his long passes and grow some balls too. It takes nuts to throw the deep ball. Instead, Jameis wildly overthrows on his deep balls on purpose to avoid getting it intercepted and making him look bad. Jameis purposely overthrows. Bombshell!

It’s no wonder DeSean Jackson is a frustrated jilted diva. How would you like it if you were promised the world, but only used a decoy or worse, purposely overthrown to time and time again?

Our defense is beginning to gel. Under the leadership of JPP, we are on our way! Whatever happened coming out of that locker room, after halftime against the Saints? It won’t happen again. JPP won’t allow it. What is absolutely crucial is that a defense has to have is a vocal leader, who talks the talk and walks the walk. Jason Pierre-Paul is that man! 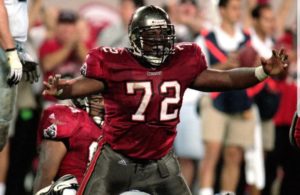