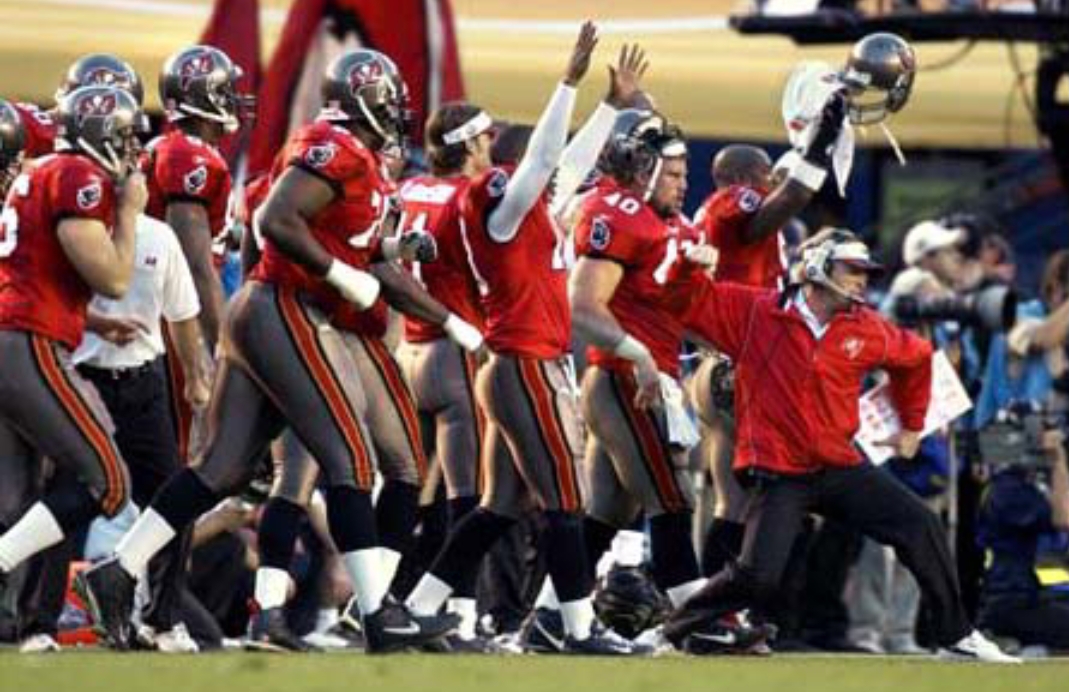 It’s been 16 years ago today that the Buccaneers were in Southern California preparing to play the Oakland Raiders in Super Bowl XXXVII.
The fans still had visions of Ronde Barber racing down the sideline in Philadelphia dancing in their heads. The excitement in and around the team was at its pinnacle. It was a game with so many sub-plots, so many layers to the story.

-The Teams-
Buccaneers:
Tampa Bay brought a franchise best 12-4 record with them as well as the number 1 ranked defense. A defense with a dominant pass rush, a linebacker corp whose pursuit was relentless and a ball hawking secondary.

Raiders:
Oakland was making its 5th Super Bowl appearance riding an 11-5 record and having the number 1 offense in the league led by Rich Gannon, Tim Brown and Jerry Rice.

Sub-plots:
This game was odd in that it featured a team in the Raiders who until the 2002 season, were led by Jon Gruden. Oakland traded coach Gruden to the Buccaneers in the previous offseason. Resulting in this game being called “The Gruden Bowl” or “Chucky’s Championship”

Fun Facts:
-This is the first time that the teams with the number 1 offense and defense were facing each other in the Super Bowl.
-This was the last Super Bowl played in January.
-The Dixie Chicks sang the National Anthem.
-Al Michaels, John Madden, Melissa Starkand Lynn Swann were the broadcast team.
-Shania Twain, No Doubt, and Sting were the Half Time performers.
-88 million people watched it live.

The Game:
Oakland entered the game a 4 point favorite, but that was quickly determined to be a bad bet.
The Buccaneers defense forced a Super Bowl record 5 interceptions, 3 of which were returned for touchdowns. The Raiders offense never really got on track and were only able to put points on the board after the game had already been decided. The MVP Award went to Dexter Jackson for his performance where he hauled in 2 interceptions returned for touchdowns. When the final whistle was blown the Buccaneers were on top 48-21 and hoisted the Lombardi Trophy as world champions.

The team that had for so many years been the laughingstock of not just football but all sports was now sitting atop of the mountain. Kings for a day, Pirates for life.