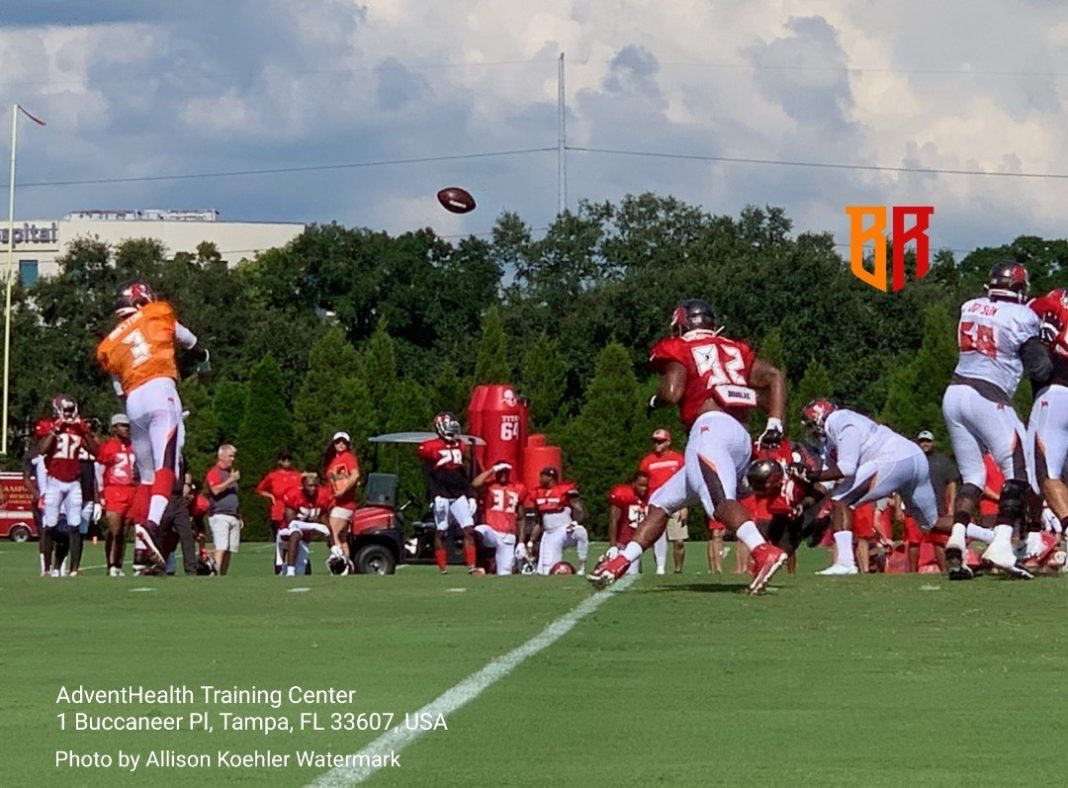 Buccaneers training camp is now in full swing as the team works towards their first preseason game this Friday. This year’s camp has a different feel to it. Not just because of the new faces in the coaching staff and roster, not because there are new defensive and offensive schemes being installed. No, it’s different because we are actually seeing players improving day-by-day.

One player who has stood out recently is none other than quarterback Jameis Winston.

Winston started off training camp by showing flashes of what led the Buccaneers to select him first-overall in the 2015 NFL Draft. But in typical Winston fashion, he also showed his penchant for making mistakes. To be fair, defensive coordinator Todd Bowles and head coach Bruce Arians have, by their own admission, thrown the kitchen sink at Winston. The 25-year-old didn’t break, in fact, the last two practices he has excelled.

Jameis Winston throws a ball into the back of the end zone that only Chris Godwin can catch……and he does, making a great catch and keeping his feet in despite good coverage. #Bucs #GoBucs #TrainingCamp2019 @CGtwelve_ pic.twitter.com/04s9v6UUWf

Bucs coach Bruce Arians said last night that it was @jaboowins’ best day yet and now he needs to start stacking those kinds of practices. He’s followed up with some strong moments tonight. Nice TD to @MikeEvans13_ pic.twitter.com/P9LthmQuJ9

.@jaboowins connects with ⁦@CGtwelve_⁩ in the corner of the end zone for a touchdown. He’s really made a nice transition into the slot… pic.twitter.com/A0nLB5SBGg

Winston has, by some reports, thrown 12 TDs and an INT the last two days of practice. While those numbers are impressive it is just practice but let’s be clear, he is improving.

The Buccaneers players have had their hands full learning a new system, a new culture, and a new work ethic. While the quarterback isn’t the only one getting better, he is, by far, the one most are looking for improvement from. Heading into the first preseason game, Winston is exactly where he needs to be, if not slightly ahead of the curve.