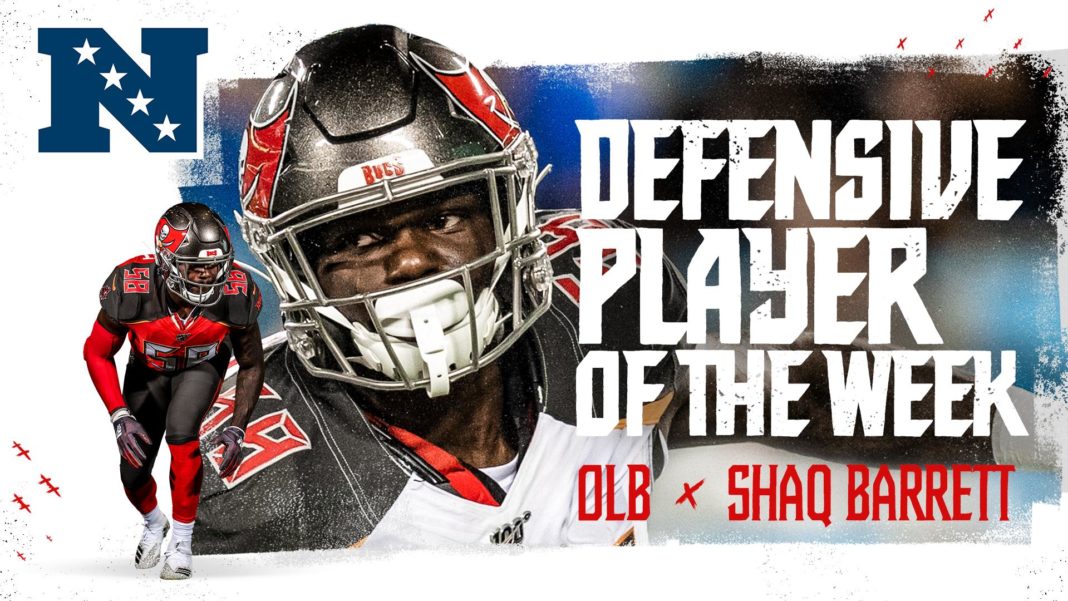 Buccaneers outside linebacker Shaq Barrett has been named NFC defensive players of the week. His three sack performance against the Carolina Panthers on Thursday Night Football was something not seen by a Buccaneer in quite some time.

Shaq Barrett. From the bottom of my heart, thank you so much for signing with Tampa Bay. Barrett gets to Cam for his first sack of the night. Celebrates with the Superman taunt. pic.twitter.com/XLOKN8NQnm

Barrett signed a one year deal worth $4 million with the Buccaneers this offseason. The deal has incentives that could raise that number to $5 million.

Shaq Barrett w/ back to back sacks on consecutive plays. Proving tht he still cn rush the passer in this league. With the lack of depth the #Broncos hv on the edge, he wld hv fit well in this Fangio Defense #broncoscountry @byesline @dmac1043 pic.twitter.com/8QzIsk0xsK

To some, a three sack performance is just that. To the Buccaneers faithful it’s a sign of a defense heading in the right direction.