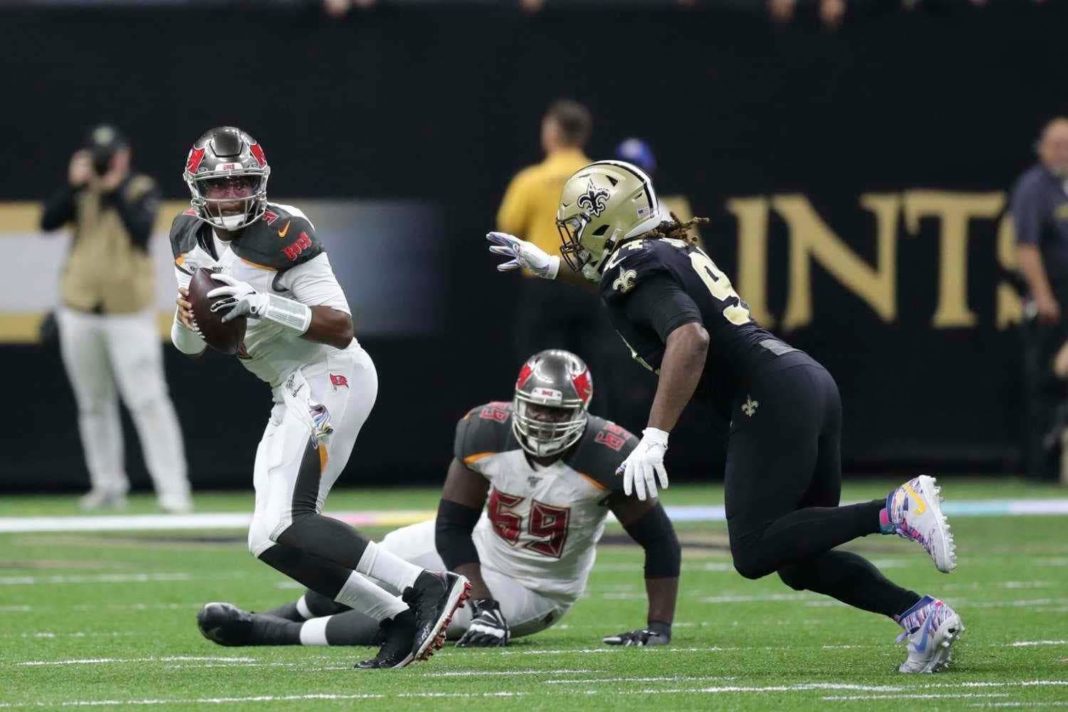 Through five games this year there have been many positive developments for the Buccaneers. There has been one glaring weakness though. Stack a defensive line with 1st round defensive lineman and the Buccaneer offense will probably struggle.

Win the game in the trenches

First round pick in 2016 (12th overall) Sheldon Rankins had a sack and was a beast most of the afternoon.

2018 first round pick (14th overall) Marcus Davenport put Jameis Winston down twice, and was all over the place.

Coming off a 2018 pro bowl nomination is 2011 first round pick (24th overall), and showing little let up is Cam Jordan. Jordan also made disrupting the Buccaneer backfield a priority yesterday adding a sack.

Rounding out the sack fest for the Saints is Malcolm Brown and Carl Granderson. Brown came over from the Patriots this off season and specializes in blowing up the middle against the run.

Granderson was a stand out defensive end at Wyoming who would serve a month in prison this summer before his six month charge was dropped to supervised probation after pleading no contest in a sexual assault case. You may remember the rookies celebration on Sunday with what some are loosely calling “the worm” he did on the Superdome carpet.

Buccaneer fans know the Saints have been stockpiling defensive lineman for years. The luxury of having Uber stability at quarterback in Brees has allowed the team to give defensive coordinator Dennis Allen lots of toys to play with. Sunday in the big easy those toys were anything but friendly for the Buccaneers to play with.

The Buccaneer offensive line had a hard time in week one with the 49ers defensive line. Also quite an impressive group. Again yesterday with the all star cast in New Orleans.

The offensive line had started to open up running lanes and provide good, solid pass blocking the weeks prior to yesterday. The potential is there. Optimism should be tempered with the notion that the line isn’t ready quite yet to handle a murderers row of defensive lineman.

Brady Struggles In The Second Half of NFC Championship

Brady Struggles In The Second Half of NFC Championship

Jeremy Morrow - January 26, 2021
0
In the NFC Championship game, Tom Brady showed some cracks in his armor during the second half of the game. Inaccuracy is typically not...

Nick Sitro - January 24, 2021
0
The Tampa Bay Buccaneers are playing in their fourth NFC Championship game in franchise history. This time, the Green Bay Packers stand between them,...

Philip Schwegler - January 24, 2021
0
Tampa Bay Buccaneers safety Jordan Whitehead left the game early in the third quarter with a shoulder injury. He has been a big part...

Philip Schwegler - January 24, 2021
0
Tampa Bay Buccaneers cornerback Sean Murphy-Bunting has hot a sixth gear in the postseason thus far. He has an interception in his first three...
Load more