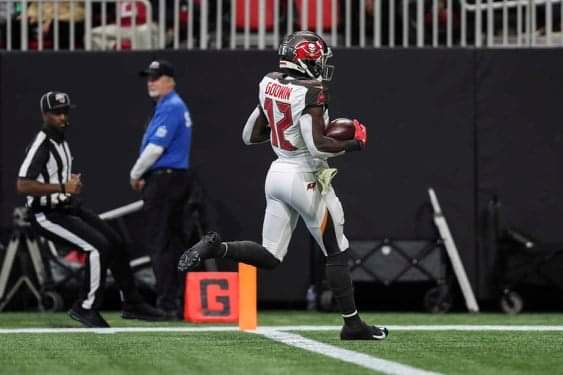 Buccaneers wide receiver Chris Godwin is the NFC Offensive Player of the Week. The third year receiver also earned the award his rookie season for his week 17 performance.

Chris Godwin has been named NFC Offensive Player of the Week!

Godwin joins quarterback Jameis Winston as Buccaneers winners of the award in 2019. Winston did so in week 4 against the Rams. Chris Godwin is the second receiver in Buccaneers history to win the award, joining Mike Evans. What a tandem huh?