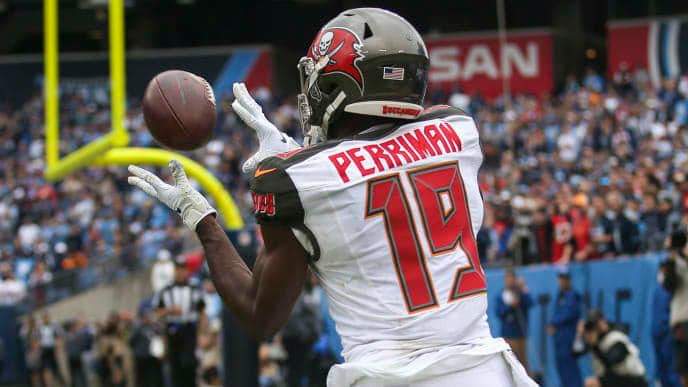 Brett Perriman currently ranks fourth on Detroit’s all-time list with 428 receptions for 5,244 yards. He finished his career with 525 receptions, 6,589 yards, and 30 touchdowns. He also had 180 rushing yards. Brett Perriman also played for the Miami Hurricanes and finished second on the team in receptions behind hall of famer Michael Irvin.

Breshad has the potential to have a great NFL career after starting slow in his previous years Arians and company has seemed to find a way to get the most production out of him.

In my experience it usually takes 3 years to see the full potential out of a NFL WR. Perriman is right on track to where he should be. Perriman currently has 31 receptions 511 yards and 5 TD passes. Perriman’s first season with Bruce Arians reminds me the Cardinals former receiver named John Brown. John Brown’s rookie season is almost identical to Perriman as Brown finished his first season with 48 receptions 696 yards and 5 TD passes while playing behind Michael Floyd, Tedd Ginn Jr. and Larry Fitzgerald.

I am the first person to admit that I lost faith in Perriman from preseason to regular season. He would give lack luster effort in running routes before Evans/Godwin went down to elevating his game in becoming the teams leader in receptions and yards in their absents. Perriman has the size and speed to be a good WR in the NFL for many years to come if the Tampa Bay Buccaneers and himself have the dedication to one another to keep the growth going.

Mr. Perriman if you are reading this I believe you should be brought back to this team and having the opportunity to keep building your game to another level. The Tampa Bay Buccaneers needed a legit speed threat on this team and you have shown you have those qualities. You earned my trust back by putting the team on your back when there literally was’nt anyone else and made the plays you were able to make. You could of quit on the season and took your 4.5 million dollars and went to the next team this offseason. I hope you and your agent work out a deal to keep you here another 2-3 years or longer.