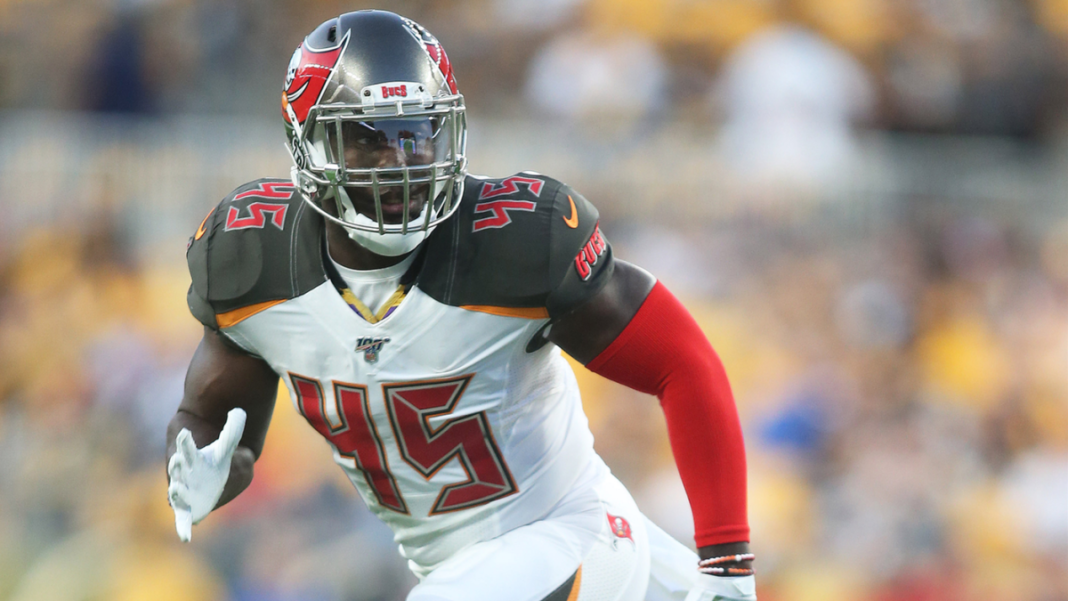 With just one season under his belt, Devin White has already shown impressive play-making abilities. Regardless of his early-season knee injury, White was able to work his way into Defensive Rookie of the Year talks.

Devin White and the NFL Honors

On Saturday night, February 1st, the NFL Awards show will take place at the Adrienne Arsht Center in Miami Florida. Besides Devin White, the Tampa Bay Buccaneers realistically only have one other chance of a player winning an award. Shaquille Barrett, the 2019 league sacks leader may have a shot at Defensive Player of the Year.

Pretty impressive stats for a player who played just over 12 total games after injuring his knee early in the first quarter in week two against the Carolina Panthers. Very bright future ahead for the former fifth overall pick out of LSU.

Nick Bosa has lived up to the hype of being the number two overall pick by the San Francisco 49ers. He finished the 2019 regular season with nine sacks and 47 tackles. Bosa also intercepted one pass and forced one fumble. However, Bosa’s most impressive stat is his 80 quarterback pressures. Combine this with the fact that his team is in the Super Bowl and Bosa is the clear frontrunner for DROY.

Two picks after White, the Jacksonville Jaguars selected defensive end Josh Allen out of Kentucky. Allen showed incredible strength and speed throughout the entire season. He finished 2019 with 10.5 sacks (which led all rookies) and 44 tackles to go along with his two forced fumbles. Allen’s impressive season earned him a spot on the AFC Pro Bowl roster.

White was not the only Tampa Bay rookie taken on the defensive side of the ball that showed promise in 2019.

Second round cornerback Sean Murphy-Bunting provided a boost to the secondary. In 10 starts, Bunting intercepted three passes, one of which he returned for a touchdown. He also made 43 tackles and defended eight passes.

Third rounder Jamel Dean had a strong rookie season as well. Despite missing three games and only starting five, the cornerback was amongst the top in the league in passes defended with 17. He also intercepted two passes to go along with 21 tackles.

Tom Chang - January 21, 2021
0
The Tampa Bay Buccaneers stepped up when it mattered the most against their rival New Orleans Saints at the NFC Divisional Round 30-20. One...

Bucs Report Staff - January 20, 2021
0
The Tampa Bay Buccaneers have taken linebacker Kevin Minter off the Reserve/COVID-19 List Wednesday. He will rejoin the team at practice today and be...
Load more