Bucs Report
Home Tampa Bay Buccaneers The Buccaneers are happy with the direction they are going. 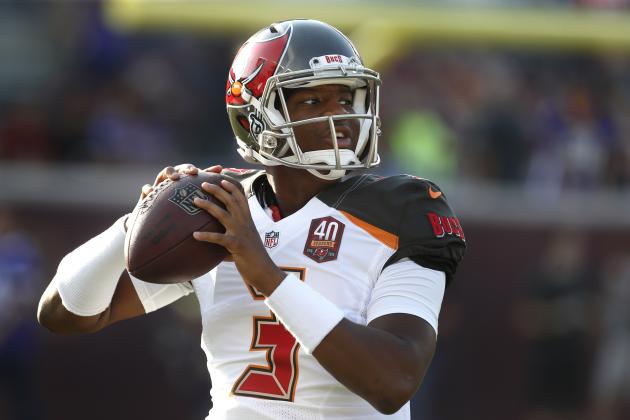 I’m pretty happy as well. Aside from needing a few tweaks on the defense, we are playing very well, some say we aren’t a playoff team yet, I actually feel confident that we are getting very close to being a playoff contender this season.

“A week after being intercepted four times and losing a fumble, he rebounded to have his best game last Sunday, throwing for a modest 209 yards and one TD, while taking advantage of the Bucs rushing for a season-best 183 yards in a 38-31 victory over Jacksonville. Five games into his rookie season, the 2013 Heisman Trophy winner has already suffered three times as many losses as he did during his entire college career.  Nevertheless, the Bucs are encouraged by a 2-3 start -the team’s best through five games since 2012 – and one of the reasons why is Winston’s willingness to do whatever asked to help the team be successful.” “If you look at our offense, we have guys that can make plays,” the 21-year-old said. “The quarterback just has to take care of the football.” – FRED GOODALL